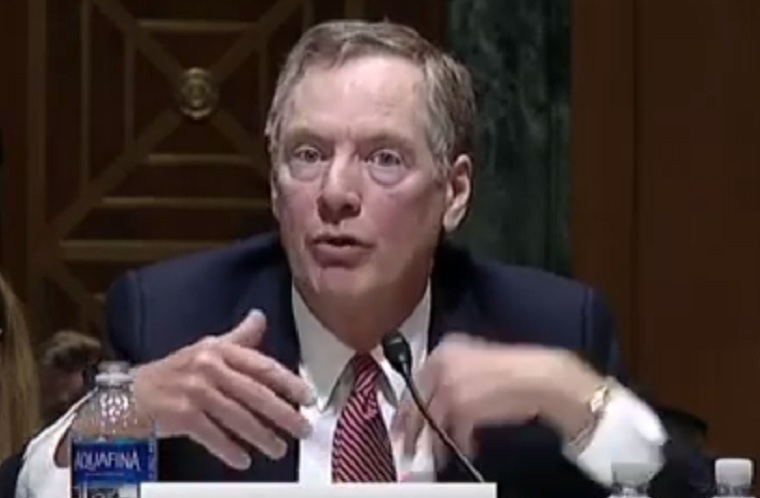 The US Trade Representative (USTR) has looked that having a free trade agreement (FTA) with the Philippines is a reasonable first step in their strategy in the Asia Pacific region.

Trade and Industry Secretary Ramon Lopez said that he was informed that USTR Ambassador Robert E. Lighthizer acknowledged this in a recent US Congressional hearing.

The hearing was part of the US studies in strengthening bilateral relations and having an FTA with other countries in the Pacific, such as Japan, Malaysia and Vietnam. Aside from these countries, the USTR also looked at the Philippines as a reasonable first step in their strategy in the Asia-Pacific region.

“I believe that this will be a good indication of how we will be able to elevate the quality of our trade ties with the US, going beyond the current GSP arrangements,” Lopez said.

The US remains the Philippines third largest trade partner with two-way trade in 2017 reaching $8 billion. Of this figure, the Philippines exports $4.5 billion worth of products to the US from $3.4 billion in 2016.

Earlier Lopez said the Philippines was looking at launching formal FTA negotiations with the US in one to two years and completion before the term of President Duterte ends in 2022.

Both parties have agreed at the Trade and Investment Framework Agreement (TIFA) meeting in December last year to undertake domestic consultations and assessments. Prior to that, both sides also approved to explore the possibility of forging an FTA when President Trump met with President Duterte during the ASEAN Leaders Summit and Related Summits in November last year in Manila.

“In one to two years we hope to see great progress, actual negotiations, and in-depth negotiations because at present we are still in the exploratory stage and exchanges of text, but at least it is working,” Lopez said.

So far, Lopez said, all that both parties are still in the exploratory talks and initial studies to determine the benefits of an FTA deal between the two countries.

The one to two-year discussion period would also be just enough time for the Philippines to fully maximize the benefits from the US-Generalized System of Preferences (GSP), which the US Congress is trying to extend for three years from the current annual renewal. The US House of Representatives already passed the three-year extension and just awaiting for the Senate action, as well.

With this longer US GSP effectivity, Lopez expects smoother exports to the US citing as there would be more certainty in Philippine exports. At present, the US GSP is renewed annually but the renewal has always been late making it difficult for exporters to ship their items because they have to pay the actual duties and wait for their refunds once the GSP has been reauthorized.

Already, the Philippines has a pending petition with the US Trade Representative office to include footwear among the items granted zero duty to the US market. Lopez has already directed his staff to look at other Philippine exports, particularly garments, that could be included in GSP scheme.

Once the bilateral FTA is implemented, the Philippines is going to lose the GSP privileges. However, an FTA deal is more beneficial and permanent compared to the GSP scheme, which is a unilateral trade preferential act of the US government to its trading partner.

Lopez stressed that an FTA deal would allow the US goods, such as meat products, wheat, integrated circuits, etc) and at least level the field with respect to ASEAN and China, which have existing FTAs under the ASEAN banner.

“US can also use the Philippines as hub for ASEAN and Asia without the Trans Pacific Partnership deal,” he said.