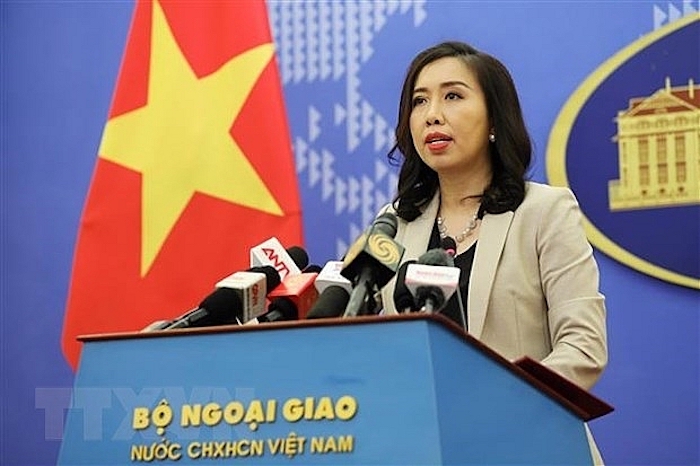 HÀ NỘI — Việt Nam is willing and ready to share its experience with the UK if the country wants to join the Comprehensive and Progressive Agreement for Trans-Pacific Partnership (CPTPP).

Ministry of Foreign Affairs spokesperson Lê Thị Thu Hằng made the remarks on Thursday during a press briefing held in Hà Nội.

“The CPTPP is a high-quality free trade deal with commitments to promote economic promotion between its member countries and foster trade liberalisation with respect to rules-based standards and international laws,” Hằng said.

“All CPTPP members have agreed upon an accession process, and aspirant economies must fulfil the high standards set out in the agreement,” she continued.

“We have learnt that the UK has discussed the potential entry into CPTPP. As a member of CPTPP, Việt Nam is ready to share information and accession experience with the UK if the country wishes to know,” Hằng added.

“Joining CPTPP would send a powerful signal to the rest of the world that Britain is prepared to work with countries who champion free and fair trade,” Truss said.

“Membership would bring new opportunities for our go-getting businesses, more choice for our consumers, and provide us with greater economic security. Strategically, it would help us forge closer ties with the wider Pacific region and put us in a stronger position to reshape global trading rules,” she said.

At the briefing, Hằng also informed the press that for the first time, Vietnamese Party Secretary General and State President Nguyễn Phú Trọng would on September 24 send a message to the United Nations during UN General Assembly’s high-level week.

The event, running from September 21 to October 2, will be held with a mixture of face-to-face meetings in New York, the US, and teleconference format.

On September 21, Prime Minister Nguyễn Xuân Phúc will send a video message to the UNGA’s high-level meeting to commemorate the UN’s 75th anniversary.

The messages conveyed come from the highest level of foreign affairs policies of Việt Nam, Hằng said, added that the move reaffirmed Việt Nam as a responsible and proactive member of the UN as well as the country’s interests in addressing regional and global issues. — VNS