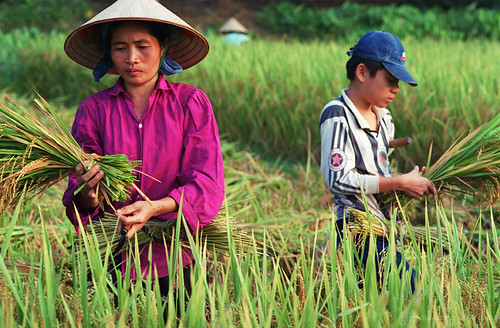 HANOI (Reuters) - Britain and Vietnam have concluded talks to negotiate a new free trade agreement on Friday, weeks before Britain completes its transition out of the European Union on Dec. 31, the British Embassy in Hanoi said on Friday.

The deal, which will for Britain replace the existing EU-Vietnam Free Trade Agreement (EVFTA), will ensure Britain does not lose access to preferential tariffs in one of the fastest growing and most open economies in Asia.

It was not clear when the final deal would be signed. The EVFTA came into effect in August and will cut or eliminate 99% of tariffs on goods traded between Vietnam and the EU.

Since leaving the EU in January, Britain is striking out alone and negotiating new trade deals with countries to replace those the bloc had negotiated.

On Thursday, Truss also signed a free trade deal with her Singaporean counterpart, as EU and British leaders tried to seal a new trade pact and avert what some fear will be a chaotic end to the five-year Brexit process.

Britain has expressed its desire to join the 11-country Comprehensive and Progressive Agreement for Trans-Pacific Partnership (CPTPP), that will slash tariffs across much of the Asia-Pacific, welcoming Vietnam’s support for that goal in September.