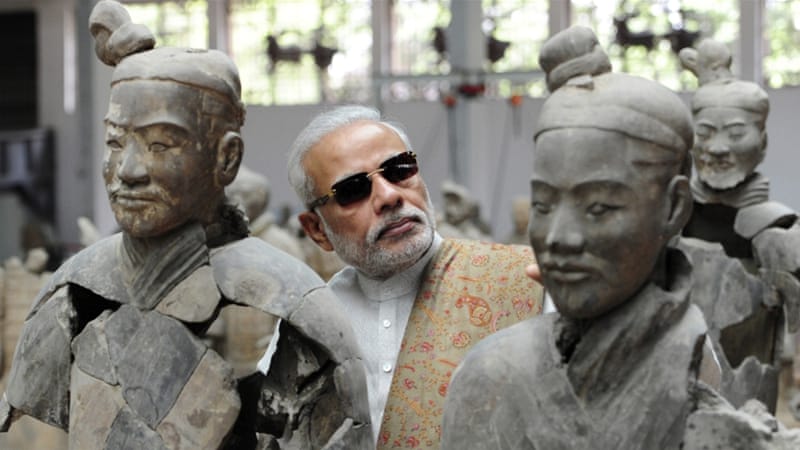 The coming weeks will see a never-before intense bilateral engagement between India and China at the highest levels.

While it’s known that External Affairs Minister Sushma Swaraj and Defence Minister Nirmala Sitharaman will be visiting China in the last week of this month to attend their respective ministerial meetings of the Shanghai Cooperation Organization (SCO) Summit in Qingdao, what is not known as of now is that Prime Minister Narendra Modi will be embarking on a bilateral visit to China next month, ahead of his already scheduled multilateral visit to China in June to attend the SCO summit.

Besides, National Security Adviser Ajit Doval is also likely to visit China later this month with a special message from PM Modi.

The already scheduled China visits of Swaraj and Sitharaman will have rich bilateral content too, and would be deemed as preparatory visits for PM Modi’s bilateral visit to China which is yet to be announced, but likely to take place in first week of May.

The two countries are in close touch for Modi’s bilateral visit, which, if everything turns out as per the two sides’ expectations, promises to be hugely substantive and a potential game changer in bilateral ties of the two Asian giants. Beijing was very keen that PM Modi undertake his bilateral visit to China in April itself but New Delhi suggested to wait till Swaraj and Sitharaman return from China in the last week of this month.

Many important policy announcements are likely to be unveiled during PM Modi’s bilateral visit. The deep focus of the visit will be the Belt and Road Initiative (BRI), Chinese President Xi Jinping’s pet project, to which India has thus far been dead opposed to largely because of its off-shoot China Pakistan Economic Corridor (CPEC) which passes through Pakistan Occupied Kashmir.

Chinese officials and diplomats have been trying their hardest for months to bring India on board, and have been assuring New Delhi that its concerns on the CPEC and other issues will be addressed. Beijing will be hopeful that India makes positive announcements on the BRI for the first time. The matter is being currently discussed through back channels in complete secrecy.

However, India’s thrust would be to wean China away from Pakistan, a mission impossible. But, the two sides can stitch their coat around the button if China gives vital concessions to India on the CPEC at the expense of Pakistan. Though Pakistan is an all-weather ally of China, Beijing is cognisant of Islamabad’s poor track record in terrorism-related issues in the eyes of the international community.

India and China are working on a deal, a tough give-and-take wherein China doesn’t actually abandon (which of course it never will) Pakistan but yet it sends a tough message to Pakistan by inching closer to India in strategic terms.

A demonstration of India cozying up to China came up on 5 April when the Ministry of External Affairs (MEA) issued a loaded statement on reports in the Indian media about possible cooperation between India and China on the issue of One Belt One Road (OBOR)/BRI.

We are of firm belief that connectivity initiatives must be based on universally recognized international norms, good governance, rule of law, openness, transparency and equality, and must be pursued in a manner that respects sovereignty and territorial integrity.Ministry of External Affairs statement

The MEA statement is a clever formulation. It obviously attacks the CPEC, an integral part of the BRI, but keeps mum on the mothership, the BRI. This may well be a give-away of signs of things to come. India is refraining from attacking the BRI, which it has thus far steadfastly opposed.

Is India differentiating between the BRI and the CPEC, and if so, will it pave the way for India dropping its opposition to the BRI as this subject is bound to be mentioned in the SCO Declaration, an event which India would be attending for the first time as a full-fledged member of the SCO?

This is the million dollar question uppermost in the minds of the two countries’ leadership. However, one thing is certain. In this crucial election year, Modi won’t undertake a bilateral visit to China and give the Chinese on a platter what they want so desperately (India lifting its opposition to the BRI) unless he gets China to put a strategic squeeze on Pakistan.

Right now this may seem to be unthinkable, but then isn’t diplomacy the art of telling the other person to go to hell and that the person is looking forward to the trip?