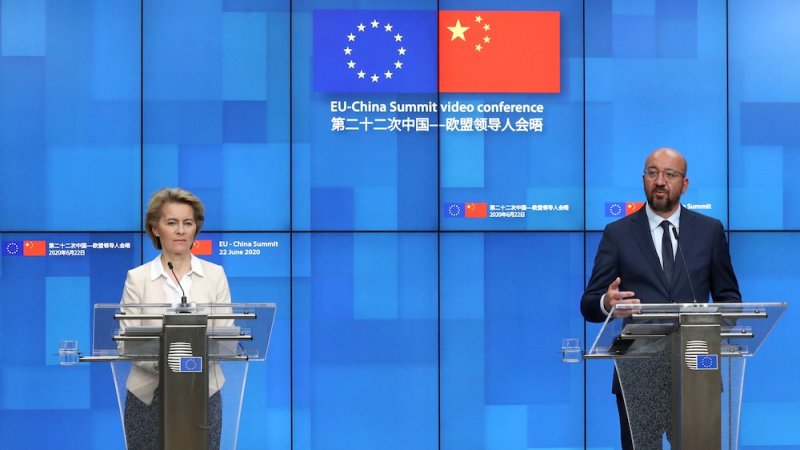 Despite a recent charm offensive by senior Chinese diplomats, the chances of wrapping up a landmark investment deal with the European Union remain uncertain, analysts said.

Beijing is facing pressure to address European concerns, but one observer warned that making a commitment to structural changes, a key condition, risked triggering demands for further reforms from the United States.

Yang Jiechi, the head of the Communist Party’s foreign affairs office, will travel to Greece and Spain next week, and possibly also Portugal. His trip follows foreign minister Wang Yi’s recent visit to Italy, the Netherlands, Norway, France and Germany.

Get the latest insights and analysis from our Global Impact newsletter on the big stories originating in China.

The rare back-to-back trips come at a time when the US is pushing for support from its European allies over its stance towards China.

It is also under pressure from Washington to reconsider whether to allow the Chinese telecoms giant Huawei to build 5G networks.

Chinese President Xi Jinping will take part in a virtual summit with European leaders on September 14.

Joerg Wuttke, president of the EU Chamber of Commerce in China, said: “President Xi has a lot of political capital at stake in the September summit. If the investment talks do not get a push at that time, it will be politically difficult for [German Chancellor Angela] Merkel to discuss China issues at the European Council meeting on September 25, particularly at a time when the US is putting enormous pressure on Europe to fall in line with its position.”

He said a substantial progress in September would make it possible for “a successful conclusion to a political agreement to the investment deal” in December.

A European diplomatic source, speaking on condition of anonymity, said the investment treaty would be a “test case” for the two sides’ relationship.

In the previous two rounds of negotiations China was open to discuss core issues such as state-owned enterprises, subsidies and sustainable development, but there is no clear evidence that it has acted to address the issues, the source continued.

They said China has yet to address concerns about state-owned businesses and noted that Beijing faced difficulties in improving transparency about local-level subsidies.

Wang Yiwei, a professor in European studies at Renmin University in Beijing, said China had recently published a three-year trial plan to open cross-border data flow and other service sectors in selected cities, which he said was a sign of its determination to open up and attract foreign investment.

Beijing also hopes the EU will commit to market openness in the hi-tech sector, including 5G contracts, although Wang said that risked a backlash from the US.

“The US has closely followed the progress of China-EU investment talks. Any commitment Beijing agrees on structural changes, such as SOE protection and subsidies, is likely to be met with tougher demands from the US,” Wang said.

The US has long called for changes to China’s state-led economy, but the phase one trade deal between the two sides sidestepped the issue.

“China should consider all factors in negotiations with the EU and try to avoid getting on America’s nerves,” said Wang.

But observers warned that if a deal cannot be reached this year, China may find itself in a more difficult situation in the future, with Merkel due to leave office next year.

“China has a very trustworthy counterpart in Europe with Angela Merkel. The Chinese side knows exactly where she stands and they have 15 years of experience working with her,” said Wuttke.