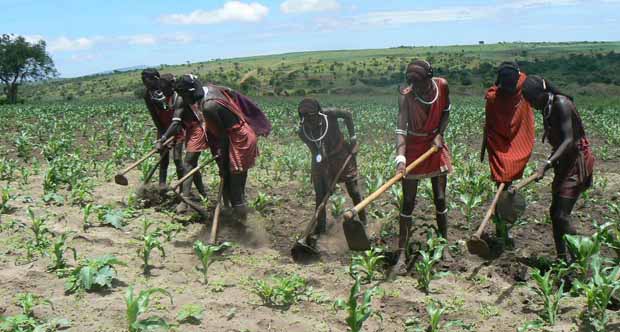 The EPA issue has once again re-emerged when Tanzania informed EAC Members and the EU that it would not be able to sign the Economic Partnership Agreement (EPA) between EU and the six EAC Member States in early July.

The European Commission reportedly proposed signature of the EAC EPA in Nairobi, on the sidelines of the 14th session of the UN Conference on Trade and Development (UNCTAD XIV). This is a major quadrennial event where all UN Member States negotiate guidance for UNCTAD, a UN institution working on trade and development. For the European Commission, it would have been a propitious place for a signature ceremony in order to project the EPA as a ‘trade and development’ agreement to the benefit of EAC. Yet, the agreement is antithetical to Tanzania’s as well as the region’s trade and development prospects.

The EPA for Tanzania and the EAC never made much sense. The maths just never added up. The costs for the country and the EAC region would have been higher than the benefits. As a Least Developed Country (LDC), Tanzania already enjoys the Everything but Arms (EBA) preference scheme provided by the European Union I.e. we can already export duty-free and quota-free to the EU market without providing the EU with similar market access terms. If we sign the EPA, we would still get the same duty-free access, but in return, we would have to open up our markets also for EU exports.

Threats to domestic producers and industries

The EPA is a free trade agreement. Tanzania would reduce to zero tariffs on 90% of all its industrial goods trade with the EU i.e. duty-free access on almost all EU’s non-agricultural products into the country. Such a high level of liberalisation vis-à-vis a very competitive partner is likely to put our existing local industries in jeopardy and discourage the development of new industries.

Research using trade data shows that Tanzania currently produces and exports on 983 tariff lines (at the HS 6 digit level). (The EU produces and exports on over 5,000 tariff lines). When the EPA is implemented, 335 of the 983 products we currently produce would be protected in the EPA’s ‘sensitive list’, but 648 tariff lines would be made duty-free. I.e. the existing industries on these 648 tariff lines would have to compete with EU’s imports without the protection of tariffs. Will these sectors survive the competition?

The list does not stop here. Liberalisation (zero tariffs) also applies to the many industrial sectors that Tanzania and the EAC do not yet have existing production /exports – about 3,102 tariff lines for Tanzania.

Statistics show that in fact, for the EAC region, the African market is the primary market for its manufactured exports. In contrast, 91% of its current trade with the EU is made up of primary commodity exports (agricultural products such as coffee, tea, spices, fruit and vegetables, fish, tobacco, hides and skins etc.). Only a minuscule 6% or about $200,000 of EAC exports to the EU is composed of manufactured goods. In contrast, of the total EAC exports to Africa, almost 50% is made up of manufactured exports - about $2.5 billion - according to 2013 – 2015 data. Of this, $1.5 billion are EAC country exports to other EAC countries.

These figures tell two stories. One, the importance of the African market for EAC’s aspirations to industrialise. In contrast, the EU market plays almost no role in this. Two, the EAC internal market makes up 60% of EAC’s manufactured exports to Africa. I.e., the EAC regional market is extremely valuable in supporting EAC’s industrialisation efforts.

The EPA could in fact destroy our economic regional integration efforts. The pains EAC has taken to build a regional market may instead help serve EU’s commercial interests by offering the EU one EAC market, rather than ensuring that that market can be accessed by our own producers.

The other area where the EPA hits the heart of our industrialisation aspirations are its disciplines on export taxes. At the WTO, export taxes are completely legal. The logic of export taxes is to encourage producers to enter into value-added processing, hence encouraging diversification and the upgradation of production capacities. Developed countries themselves had used these policy tools when they were developing.

The EU has a raw materials initiative aimed at accessing non-agricultural raw materials found in other countries. According to the European Commission, ‘securing reliable and unhindered access to raw materials is important for the EU. In the EU, there are at least 30 million jobs depending on the availability of raw materials.’ In implementing this initiative, the EU has used trade agreements to discipline export taxes. The EPA prohibits signatories from introducing new export taxes or increase existing ones.

For Tanzania and the EAC region with its rich deposits of raw materials including tungsten, cobalt, tantalum etc., such disciplines in the long-run would be incongruent with our objective to industrialise and add value to our resources.

The other area of loss resulting from the EPA is tariff revenue, and the numbers are not small.

Conservative estimates (assuming import growth of 0.9% year on year) show that for the EAC as a whole tariff revenue losses would amount to $251 million a year by the end of the EPA’s implementation period Cumulative tariff revenue losses would amount to USD 2.9 billion in the first 25 years of the EPA’s life. For Tanzania, the losses based on 2013–2014 import figures are about $71 million a year by year 25. Cumulatively, just for Tanzania, they come up to $700 million over the first 25 years.

Where is the Promised Development Aid?

EU has made many promises that the EPA would be accompanied by development assistance. Hence the EAC EPA incorporates a ‘Development Matrix’ containing a list of economic development projects for the EAC. The price tag of implementing this Development Matrix is $70 billion. The Matrix and assistance is to be reviewed every 5 years. For the time-being, the EU has pledged to contribute a paltry $3.49 million, which translates into 0.005% of the total required funds! This is also a far cry from the tariff revenue losses the region faces – the $251 million a year mentioned above.

The EPA to Safeguard Kenya’s Flower Industry – A Fair Exchange?

The only area where the EPA is supposed to serve the interest of the EAC is by providing duty-free access to Kenya. As a non-LDC, Kenya does not have duty-free access via the EU’s EBA. Kenya’s main export item to the EU is flowers – just over $500 Million a year. Without the EPA, Kenyan’s flowers would be charged a 10% customs duty.

In addition, the Brexit development is further reason for the region to pause and reconsider. The UK is a major export market for Kenya, absorbing 28% of Kenya’s exports to the EU. This reduces the EPA’s supposed ‘benefits’ by a quarter for Kenya.

There is a possible solution for Kenya – to apply for the EU’s Generalised System of Preferences Plus scheme (GSP+). Under this, almost all of Kenya’s current exports could enter EU duty-free including flowers and fish. This option could be explored. Alternatively all EAC countries would do well to attempt to diversify production and exports away from primary commodities towards value-added products, and also to diversify our export destinations.

Africa is a critical market for EAC’s manufactured goods. Regional integration and trade is the most promising avenue for EAC’s industrial development. The EPA would derail us from that promise.