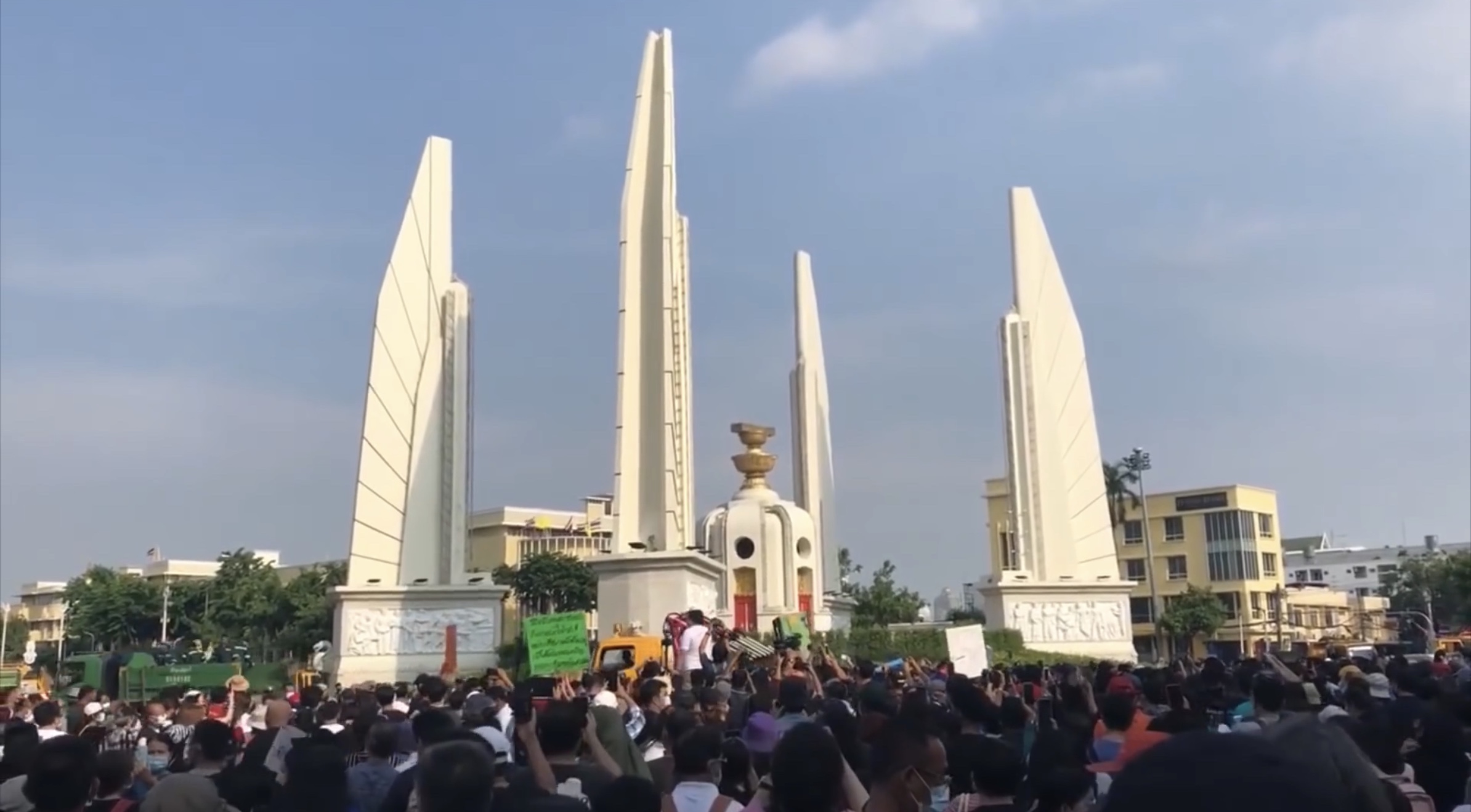 Why is Europe quiet about Thailand’s protests? By David Hutt

After a Senior Officials’ Meeting between the European Union and Thailand on October 28, Brussels made (I believe) its only public comment so far on the protests that have shaken Bangkok for months.

A press release put out by the European External Action Service, the EU’s de facto foreign ministry, noted that during the meeting European officials “reiterated the critical importance of upholding human rights, including the fundamental freedoms of assembly, expression and the media, not least in the light of the current protests in Thailand.”

It added: “The EU underlined that the remaining detained protesters need to be granted due process and treated in accordance with the international law and standards governing the treatment of detainees.”

Western governments, not least those in Europe, have been rather silent in giving their opinions of the youth-led protests that call for the resignation of the military-cum-civilian government and major reforms to the monarchy, once taboo issues that have now attracted tens of thousands of adherents. However, silence may be expected.

The EU – as well as the US and United Nations – had already backed itself into a corner long before the protests began when it rushed re-normalize relations – which had been severed after the 2014 military coup in Bangkok – by accepting Thailand’s 2019 general election as legitimate and fair, despite widespread complaints ahead of the ballot that it was “heavily tilted” toward the party of the military junta, and major complications after the results were tallied.

Granted, the two main opposition parties, Peua Thai and the newly formed Future Forward party, agreed to contest the election rather than boycott it, which provided another veneer of authenticity and forced the EU and US to respond in kind, lest an opposition party actually won a ballot that Brussels had previously dubbed flawed.

On October 14, 2019, the EU Foreign Affairs Council agreed that after the election it was “appropriate for the EU to take steps towards broadening its engagement with Thailand, including on issues of human rights, fundamental freedoms and democratic pluralism,” as well as the resumption of negotiations of a free-trade deal, after talks were postponed following the 2014 military coup.

Then, after the Future Forward party was forcibly dissolved in February – after a very shaky case over whether a US$6 million payment by the party’s leader Thanathorn Juangroongruangkit to the party was a donation, and therefore illegal, or a loan – the EU then had a chance to make it abundantly clear that future dialogue would be contingent on a fair solution to this problem.

A statement at the time from the European Union’s Foreign Affairs and Security Policy said the dissolution of the party, which had won more than 6 million votes to come in third-place, was a “a setback for political pluralism in Thailand,” adding: “It is important that the authorities ensure that all legitimately elected Members of Parliament are able to continue fulfilling their parliamentary mandates, irrespective of the party from the list of which they were elected.”

However, nothing else besides this statement materialized from Brussels. Now, months on, it’s another case of wait-and-see.

Royalists and supporters of the military-cum-civilian government have already speciously claimed that the protesters and associated groups – such as the Thai Lawyers for Human Rights and iLaw – are being funded by Europeans and Americans, a totally bogus claim but one both US and EU want to maintain their distance from, I hear.

It is also the case that, so far, the Thai authorities have been more restrained than many first imagined. Protesters have been arrested, though most quickly released or bailed, and the worst case of violence when the police turned water cannons on protesters in mid-October hasn’t been repeated.

Instead, almost all of the intrigue surrounding Europe and the Thai protests comes down to Germany’s opinions on the habitation of King Maha Vajiralongkorn, who spends much of his time at his Bavarian property. German Foreign Minister Heiko Maas, responding to questions in parliament in early October, said that “we have made it clear that politics concerning Thailand should not be conducted from German soil.”

He added: “If there are guests in our country that conduct their state business from our soil we would always want to act to counteract that.” Maas also appeared to suggest that talks between the EU and Thailand over a free-trade agreement could be affected by this issue, and asserted that postponing talks again was “an option.”

Sources say that Brussels is keeping its powder dry in case the situation deteriorates further in Thailand, especially if the rumors now teeming on the Bangkok grapevine of another military coup speak some truth. Yet it doesn’t want to annoy Bangkok pre-emptively lest it weakens relations.

Thailand is the EU’s 25th-largest trading partner, with bilateral trade worth around €38 billion (US$44 billion) in 2018, and a major conduit for EU diplomacy in the region. Brussels also reckons, I hear, that its next free-trade agreement with a Southeast Asian state will most likely be with Thailand.

Singapore and Vietnam have already ratified their FTAs with Brussels, but negotiations with Malaysia and the Philippines have constantly stalled for years, while talks with Indonesia are progressing but won’t go far until Jakarta and Brussels make peace over the palm-oil question.

Indonesia has initiated a claim against the EU at the World Trade Organization over Brussels’ plan to phase out palm-oil imports, which the Europeans say is for environmental reasons and Jakarta argues is actually about protecting European oil producers. (Malaysia has pledged solidarity with Indonesia in this issue.) A trade deal with Thailand, its third in the region, would be a major boost to European efforts to build influence in Asia.

As Thai politics has shown over the years, conditions can become much worse than they currently are, and at least the protesters are generally still being allowed to go about their activity. No doubt, officials in Brussels and Washington have their fingers crossed that a peaceful, albeit not overly democratic, solution can be reached to ease the current impasse – and that history doesn’t repeat itself with yet more coups and mass crackdowns.