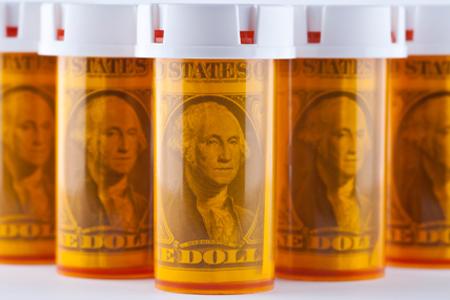 Today, Wednesday 10 June 2015, WikiLeaks publishes the Healthcare Annex to the secret draft "Transparency" Chapter of the Trans-Pacific Partnership Agreement (TPP), along with each country’s negotiating position. The Healthcare Annex seeks to regulate state schemes for medicines and medical devices. It forces healthcare authorities to give big pharmaceutical companies more information about national decisions on public access to medicine, and grants corporations greater powers to challenge decisions they perceive as harmful to their interests.

Expert policy analysis, published by WikiLeaks today, shows that the Annex appears to be designed to cripple New Zealand’s strong public healthcare programme and to inhibit the adoption of similar programmes in developing countries. The Annex will also tie the hands of the US Congress in its ability to pursue reforms of the Medicare programme.

The draft is restricted from release for four years after the passage of the TPP into law.

The TPP is the world’s largest economic trade agreement that will, if it comes into force, encompass more than 40 per cent of the world’s GDP. Despite the wide-ranging effects on the global population, the TPP and the two other mega-agreements that make up the "Great Treaty", (the TiSA and the TTIP), which all together cover two-thirds of global GDP, are currently being negotiated in secrecy. The Obama administration is trying to gain "Fast-Track" approval for all three from the US House of Representatives as early as tomorrow, having already obtained such approval from the Senate.

It is a mistake to think of the TPP as a single treaty. In reality there are three conjoined mega-agreements, the TiSA, the TPP and the TTIP, all of which strategically assemble into a grand unified treaty, partitioning the world into the west versus the rest. This "Great Treaty" is descibed by the Pentagon as the economic core to the US military’s "Asia Pivot". The architects are aiming no lower than the arc of history. The Great Treaty is taking shape in complete secrecy, because along with its undebated geostrategic ambitions it locks into place an aggressive new form of transnational corporatism for which there is little public support.

Few people, even within the negotiating countries’ governments, have access to the full text of the draft agreement and the public, who it will affect most, have none at all. Hundreds of large corporations, however, have been given access to portions of the text, generating a powerful lobby to effect changes on behalf of these groups. WikiLeaks has launched a campaign to crowd-source a $100,000 reward for the rest of the TPP, which at time of press had raised $62,000.