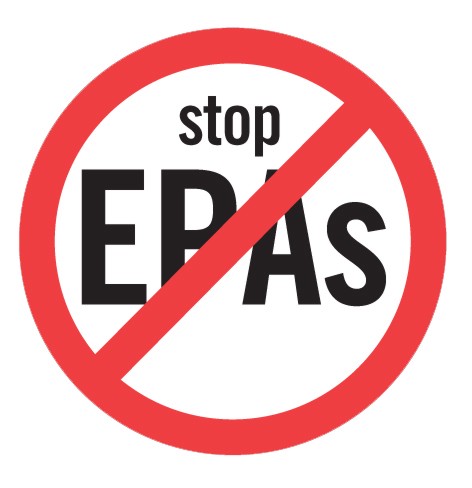 Will an Economic Partnership Agreement with the EU make Nigeria any better?

The signing of the Economic Partnership Agreement (EPA) between the European Union (EU) and West African countries may be stalled due to the refusal of countries like Nigeria and Gambia to append it. In the mean time, some member states of the Economic Community of West African States (ECOWAS) have gone ahead to sign an interim agreement with the EU, the latest being Ghana.

Over the weekend, Ghana joined its West African neighbour, Côte d’Ivoire, to sign an interim EPA with the European Union. The development mattered since an EU-ECOWAS Economic Partnership Agreement is not on the horizon. Côte d’Ivoire signed the interim EPA in 2007, making it the first in the region. The Ghanaian government said the EPA will also deepen inter-regional trade among countries in the sub-region.

About a month ago, the Ghanaian President, John Mahama vowed to lobby the other countries in the region to signing the EPA.

“With regards to the EPA, both our countries have interim economic partnership agreements with the European Union. We had hoped that we would be able to negotiate an ECOWAS-wide EPA but, unfortunately, due to the non-signature of the EPA by Nigeria and Gambia, it is obvious that Côte D’lvoire and Ghana have to enter into some transitional arrangement to ensure that our economies will not suffer.

“But even in those circumstances we will continue to work hard so that the whole sub-region can have a partnership agreement so that we are able to advance our integration,” Mahama stated.

The Economic Partnership Agreement (EPA) between the EU and ECOWAS is a key component of the Cotonou Agreement. The agreement basically creates free trade zones between member states of the two regions, allowing the entry of a percentage of imports from Europe into West Africa and vice versa, free of tariffs. Part of the objectives of the agreement states that it aims to “establish an economic and trade partnership to achieve rapid and sustained economic growth that creates employment, to reduce and then eradicate poverty, to raise living standards, to achieve full employment, to diversify economies and raise real income and output in a way that is compatible with the needs of the West African region while taking account of the Parties’ different levels of economic development.”

The Nigerian government resisted from signing the agreement, citing its possible impact on local production. Vice President Yemi Osinbajo said Nigeria understands that some of the terms of the agreement are capable of restricting the manufacturer’s trading activities, and the government does not agree with that. While understanding the many benefits an EPA with the EU may come with, it is commendable that Nigeria is taking its time to weigh its options. At the moment, Nigeria relies heavily on crude production (96.9 percent of total exports) with very little other goods exported. Countries like Ghana and Côte d’Ivoire, which have signed the EPA, have economies surviving on the export of agricultural goods; this type of economy allows them to take the risk of signing such deals. If a country like Nigeria takes such leap, it means the country will continue to import from Europe at a reduced cost (tariffs already exempted) – this makes the selling price cheaper than similar goods produced locally.

The hope of a successful #BuyNaijaToGrowTheNaira campaign will only remain a mirage, if an agreement like the EPA with the EU is championed. Nigeria is in the middle of a campaign to encourage its citizens to patronise locally made goods. Any attempt to encourage cheap imports will not only retard local production, it may also be counter-productive to the country’s industrialisation plans.