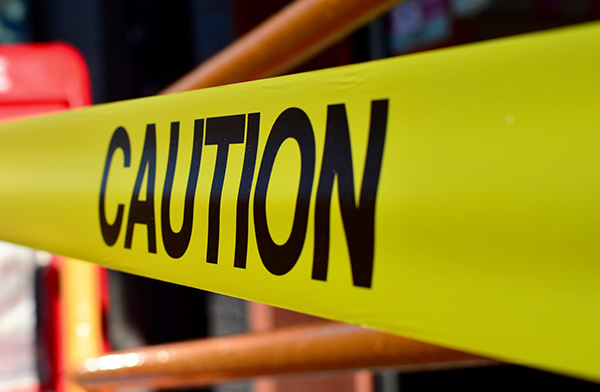 Will IA-CEPA be the boost to Australia-Indonesia relations leaders are banking on?

Economists often state that economic relations between countries are a function of size and distance. Countries with large economies tend to gravitate toward each other, as do countries in close geographic proximity. Maxims like this might seem intuitive, but they do not explain the weak economic relationship between Indonesia and Australia.

Australia and Indonesia are economic giants. They are the 14th and 16th largest economies in the world, respectively, and they sit practically next to each other. But economically, they seem to prefer to ignore each other. Both choose to engage more with the other major economies in the region, such as China, Japan, and India, or even with comparatively smaller economies, such as Singapore, Malaysia and Vietnam.

It is not hard to see why. First, the economic structures of Australia and Indonesia are deceptively similar. While Australia’s GDP is larger than Indonesia’s, both countries are commodity exporters, which export mostly raw commodities and import manufactured goods. This partly explains their closer economic relationship with more “compatible” economies that import commodities and export manufactured goods. In many respects, they are more natural competitors than partners in the global commodity market.

Second, they are much further away from each other than their geographical distance might suggest. Cultural, historical and linguistic differences act as barriers that separate these countries much further than the narrow sea between them.

In the past, there have been plenty of efforts from both sides to bolster the political and economic relationship. Arguably, these efforts were born out of strategic necessities rather than a genuine desire for greater economic integration. Moreover, these efforts have not always been proportional. One example is the relatively established tradition for new Australian prime ministers to visit Indonesia as their first foreign visit. Indonesia has never developed this sense of importance about Australia.

The most recent attempt to strengthen the economic relationship is the Indonesia-Australia Comprehensive Economic Partnership Agreement (IA-CEPA). On 8 February, Joko “Jokowi” Widodo arrived in Australia, bearing “a gift” in the form of the ratified IA-CEPA. In his speech to a joint sitting of Parliament on 10 February, he proposed closer ties with Australia, mentioning the need to co-operate amid global uncertainty. IA-CEPA was barely mentioned.

IA-CEPA is nonetheless finalised, with the approval from the Indonesian legislature, the DPR. As its name suggests, it is supposed to be a comprehensive economic partnership agreement, extending beyond a reduction in tariffs to non-tariff measures, trade in services, and investment. Can it be the first step toward the stronger relationship that Indonesia and Australia are looking for? Economic interdependence is important for bilateral relations. Can IA-CEPA achieve this?

The main selling point of IA-CEPA is its reduction in tariffs between the two countries, much more quickly than the schedule in the ASEAN-Australia-New Zealand Free Trade Agreement (AANZFTA). Despite competing with Indonesia in the commodity market, Australia is an important source of wheat and beef, two of many highly protected markets in Indonesia. There are also opportunities for Indonesia to supply machinery, electronics, cars and textiles to Australia.

Aside from tariffs, however, the agreement’s section on trade on goods is not as liberal as it seems. The chapter on non-tariff measures (NTMs) mentions the abolition of NTM, such as quotas, but does not provide a precise list of which goods it will be applied to. It includes caveats such as “unless otherwise provided” and “except in accordance with its WTO rights and obligations or this Agreement”, which sound like business as usual. Indonesia already has low tariff levels in general, but NTMs remain the main barrier to trade. Unless NTMs are dealt with, we should remain sceptical about the economic benefits of IA-CEPA.

Judging from the main text of the chapters on trade in services and investment, one might assume the IA-CEPA takes a highly liberal approach to trade and investment. However, these two chapters, again, come with caveats. The caveats are so extensive that they deserve annexes of their own. On the Indonesian side, the conditions mention most of the laws that already restrict trade in services and investment, such as the 2003 Labour Law, the 2007 Investment Law, and 2014 Maritime Law. If IA-CEPA remains subject to the conditions of these laws, it is not clear how Australia differs from other economic partners. Even the establishment of Monash Indonesia, announced during Jokowi’s visit, will still be based on the existing 2012 Law on Higher Education, not IA-CEPA per se.

The economic importance of IA-CEPA remains to be seen, at least from Indonesia’s side. Not only are there are many caveats, but implementing IA-CEPA would also require many changes in Indonesian regulations at the ministerial and local levels, which has been very challenging in the past.

The IA-CEPA may, however, provide benefits beyond the economic agreement. The quota of Australian working holiday visas allocated to Indonesian citizens will be increased from 1,000 to 4,100 per year. There are vocational training and reciprocal skill exchange programs embedded in the agreement. IA-CEPA also encourages professional bodies to form a working group to harmonise their standards. The agreement also foresees the establishment of a new “Joint Committee”, which will require officials from both countries to work together on a regular basis. In the end, elements like this may end up being a platform for more meaningful people-to-people relationships, and ensuring that the IA-CEPA is not just another free trade agreement.