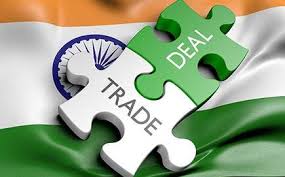 At a business forum in Bangkok ahead of the ASEAN Summit over the June 22nd weekend, Mr Prayut Chan-O-Cha, former junta leader and the new Prime Minister of Thailand said: "Thailand is trying to expedite the conclusion of the RCEP negotiations this year." He added that this is the agreed intention of all the leaders.

At the same meeting, Philippines’ Trade Secretary Mr Ramon Lopez expressed his belief that the negotiations have reached a point whereby the different negotiating parties can be persuaded to be more realistic and pragmatic. He rationalised that the on-going trade dispute between China and the US which has soured the global economic outlook should be an impetus for all to "fast-track" the RCEP deal.

Almost immediately after taking office, President Trump pulled the US out of the TPP (Trans-Pacific Partnership) which was led by the US during the Obama administration.

It now exists as the CPTPP (Comprehensive and Progressive Agreement for Trans-Pacific Partnership) but it is less impactful on global trade compared with the TPP. With the US departure, the CPTPP involves 11 nations including Canada, Chile, Peru and Mexico, representing 7 per cent of the world’s population and USD10.5 trillion or 12.5 per cent of global gross domestic product (GDP). It came into effect on December 30, 2018, 60 days after the sixth nation, Australia, ratified the agreement on 31 October 2018. The agreement requires ratification from six out of the eleven countries to come into force.

The original TPP would have impacted 11 per cent of the world and USD30 trillion or 35 per cent of global GDP and took 7 years to negotiate.

The US withdrawal opened the door to the China-led RCEP with the framework endorsed at the ASEAN Summit in November 2012 in Phnom Penh, Cambodia. The first round of negotiations started in May of 2013 in Brunei.

RCEP is a free-trade agreement covering goods, services and investments that is being negotiated between the 10 members of ASEAN (Association of Southeast Asian Nations), India, China, Japan, South Korea, Australia and New Zealand.

The pact is seen as vital in securing the region’s continued prosperity. The is even more so with China and the US engaged in a trade war that is on the verge of being escalated even further.

Although India is involved in the negotiations, it has expressed reservations for several reasons.

In general, India is concerned that with RCEP in place, imports from RCEP countries may grow even faster than its exports to the bloc. New Delhi is reluctant to cut tariffs and open its markets in the face of strong opposition from it’s farming as well as steel and textiles industries. The dilemma facing India is exacerbated by the fact that strategic rival China is part of the agreement. In particular, it is worried that decreasing tariffs for China would lead to Chinese goods flooding the Indian market widening their trade deficit which in 2018 stood at USD53 billion. India and China do not have an existing free trade agreement.

On the other hand, India would like to see better access for its professionals to the services sector in RCEP countries included in the agreement. The RCEP was first conceived as a traditional trade pact which cuts tariffs on tradable goods whereas India’s strength is in the services sector.

India is the sixth largest trading partner of ASEAN having signed the India-ASEAN FTA (free trade agreement) in 2010 and bilateral trade is valued at USD80 billion, but this is seen by economists as far short of its true potential.

Indeed, Singapore’s Minister-in-charge of Trade Relations Mr S Iswaran who was speaking in New Delhi last week at the Singapore Symposium co-organised by the Institute of South East Asian Studies and the Confederation of Indian Industry,said that the RCEP can "bring the region together with a farsighted and high ambition agreement" and that it would be a loss if India opted out.

He further added that the RCEP can unite the region and create opportunities for businesses and people.

With the general elections out of the way, it remains to be seen if the Modi government will be able to look further into the horizon, overlook the short term complains from some sectors of the economy and conclude that joining this trade pact will broadly benefit India in the years to come. The RCEP is a promising vehicle that can help a reluctant India, which traditionally shies away from trade pacts, expands its markets through incorporation into a large regional trading bloc.

(This story has not been edited by Business Standard staff and is auto-generated from a syndicated feed.)