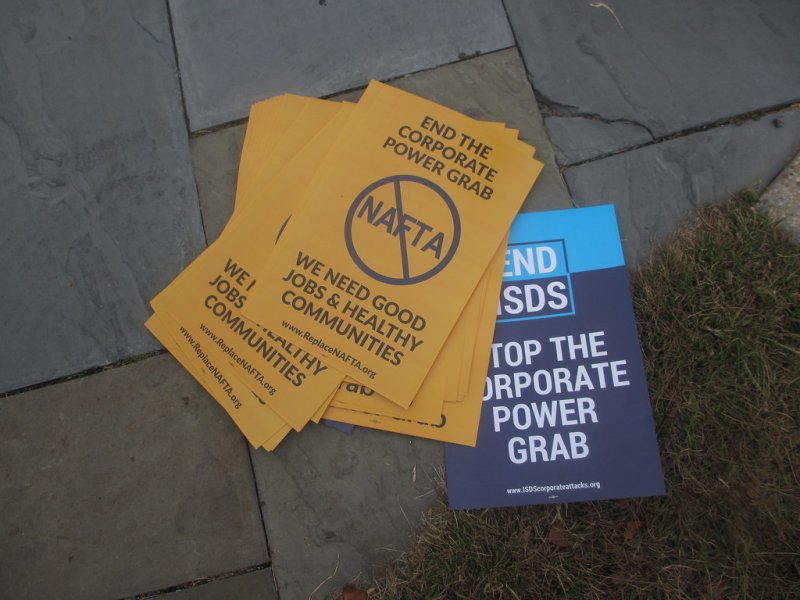 Sharon Anglin Treat is senior attorney at the Institute for Agriculture and Trade Policy. For more than a decade, her policy work has focused on included international trade agreements and their intersection with environmental, food and public health policy. She first became involved in trade policy as a state legislator in Maine.

In her confirmation hearing last month, U.S. Trade Representative Katherine Tai promised a top-to-bottom review of partially negotiated free trade agreements initiated under the prior administration, including with the United Kingdom and Kenya.

She also made clear that the U.S. would not join the current version of the Trans-Pacific Partnership (TPP, also known as the Comprehensive and Progressive Trans-Pacific Partnership or CPTPP) anytime soon. Tai noted that a great deal has changed since the U.S. exited the TPP negotiations — both global events such as the COVID-19 pandemic and the growing awareness of how trade agreements can obstruct other important policies.

Tai knows this firsthand as the top negotiator for members of the House of Representatives seeking to make changes in the new North American Free Trade Agreement (NAFTA) — or U.S.-Mexico-Canada Agreement (USMCA) — with respect to access to medicines and the enforceability of labor and environmental commitments. However, the USMCA has significant flaws that go beyond the provisions successfully renegotiated by Tai, many of which reflect the fact that the new NAFTA is modeled on the very TPP that Tai and others view as outdated and out of step with current priorities. Priorities include addressing climate change and protecting biodiversity, promoting equality, assuring affordability of medicines and preserving the right to regulate to advance environmental, workplace and public health measures.

Unfortunately, the now-paused trade negotiations with the U.K. and Kenya started from the flawed new NAFTA/TPP template. Tai and the Biden administration are right to pause and review these negotiations and should consult with civil society before developing an entirely new template for trade negotiations. In addition to the “worker-centric” approach that Tai has outlined, a new model must incorporate important principles that President Biden articulated in his Jan. 20, 2021 executive order on modernizing regulatory review.

Biden’s order has been called “game-changing” because instead of focusing review of regulations primarily to reduce business costs it calls for promoting “public health and safety, economic growth, social welfare, racial justice, environmental stewardship, human dignity, equity and the interests of future generations.” In a significant about-face, Biden’s regulatory reform order tasks the Office of Information and Regulatory Affairs (OIRA) in the Office of Management and Budget (OMB) — which has been a primary force for deregulation and a roadblock to lifesaving regulations for decades — with proactively encouraging agencies to develop rules that benefit the public.

The Office of the U.S. Trade Representative (USTR) should be a first stop on this regulatory review train. The new NAFTA is out of step with the Biden administration’s expressed priorities and cannot be the model for future agreements. Instead of promoting the interests of future generations, racial justice and environmental stewardship, the new NAFTA’s so-called “good regulatory practices” chapter increases opportunities for corporate meddling to slow down, weaken and roll back protective standards. Provisions throughout call for regulatory impact statements, cost-benefit analysis, a rush to market without safety studies, limited labeling of hazards and harmonization of standards with those of other countries or weak corporate-influenced international standards. While the text includes lip service to the importance of public interest regulations, the new NAFTA includes multiple deregulatory provisions that instead fuel a race to the bottom.

Multinational corporations, whose lobbyists have preferential access to the USTR through dozens of industrial and agricultural advisory committees, understand exactly how to use these provisions. The processed food industry has used new NAFTA to question Mexico’s authority to require labeling of junk food. The agro-chemical industry is pushing hard under the new NAFTA’s agricultural technology provisions to pressure Mexico to abandon measures to phase out use of the herbicide glyphosate and the cultivation and importation of genetically modified corn. The fossil fuel industry targeted Canada’s plan to regulate single-use plastic packaging to reduce toxics in the environment as inconsistent with new NAFTA.

While so far, industry attacks have not deterred Canada and Mexico from proceeding with their public interest regulations, history is replete with examples of similar trade policies having a chilling effect on regulators or resulting in the reversal of policies, including climate policy and country of origin meat labeling. It is incumbent upon Tai and the Biden administration get our trade priorities right. Trade agreements are no place for picayune regulatory rules that delay needed public protections and mandate time-wasting regulatory reviews.

Biden is on the right track in targeting OIRA and calling for reform. But if the same deregulatory agenda remains in our internationally enforceable trade agreements, Biden’s reforms will come up short, ultimately subverting his agenda and vision.