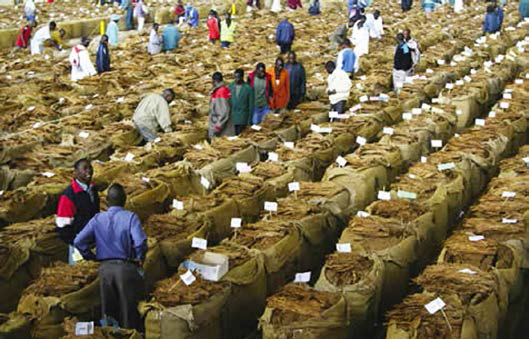 Zim not yet ready for full AfCFTA

by Tawanda Musarurwa and Kuda Mhundwa

Zimbabwe should ramp up value addition and beneficiation of its products so that the country can benefit from the full implementation of the African Continental Free Trade Area (AfCFTA) once it comes into fruition, Speaker of the National Assembly Advocate Jacob Mudenda has said.

The call comes at a time when members of the Africa Union (AU) are intensifying efforts for the realisation of the AfCFTA.

Once established, the AfCFTA will bring together 55 countries, availing a market of 1,2 billion people with a gross domestic product (GDP) of about $3,5 trillion. The goal is to create a single continental market for goods and services, with free movement of business persons and investments.

The agreement has the potential to deliver a great deal for countries on the continent. The hope is that the trade deal will trigger a virtuous cycle of more intra-African trade, which will drive the structural transformation of economies.

But, while addressing parliamentarians at an awareness workshop on the African Continental Free Trade Area Advocate Mudenda said Zimbabwe is currently losing out billions from exporting raw products, and that the introduction of the AfCFTA could make the situation worse.

“Zimbabwe should upscale its value and beneficiation trajectory, we don’t want to sell raw goods, we need to sell finished goods that have received added value and beneficiation so that when we sell we get better returns. We are doing very well in tobacco production but we are selling this tobacco to the Chinese mainly as raw tobacco and studies have indicated that if the amount of tobacco we are selling is value added and beneficiated you cannot realise less than $6 billion and currently we get less than $1 billion from the raw tobacco we export, hence value addition and beneficiation must be the clarion call for Parliament,” said Advocate Mudenda.

He added that Zimbabwe should put in place effective financial and legal institutions to allow the free flow of goods and services.

“Zimbabwe needs to revamp financial, economic and legal institutions so that it can produce high quality goods and services attractive to third party countries. For example, our laws should not be restrictive of the movement of goods and services,” he said.

And there are still internal issues that Zimbabwe needs to deal with if it is to be competitive within a free trade area model. The Speaker of the Parliament of Zimbabwe lamented the non-existence of a trade policy in the country in view of the impending full implementation of the African Continental Fee Trade Area (AfCFTA).

To the extent that the agreement is ratified, the free-trade area will be the largest in the world in terms of participating countries since the formation of the World Trade Organisation.

“Zimbabwe currently does not have a trade policy in place and the Industrial Development Policy expired in 2016 and up to now it is still in draft form,” said Advocate Mudenda.

“Thus the Portfolio Committee on Foreign Affairs and International Trade, and on Industry and Commerce have their work cut out and should play their oversight role in ensuring that the trade policy is put in place at the earliest possible convenience and possibly translating it into a law.

“As a country, it is imperative that we put our house in order first for us to be able to benefit from the free trade area outside our borders,” he said.

The agreement initially requires members to remove tariffs from 90 percent of goods, allowing free access to commodities, goods, and services across the continent.