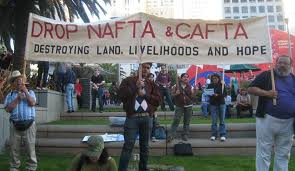 A case for trade enforcement: Colombia and intellectual property
2-Feb-2017 IP Watch
President Trump and members of his administration have talked about the need to be tougher on trade enforcement

Eco Oro files request for arbitration against Colombia
12-Dec-2016 Investing News Network
The claim relates to Eco Oro’s dispute with Colombia in relation to State measures that have destroyed the value of its investments in the Colombian mining sector.

Free trade is killing Colombian labor activists
2-Aug-2016 The Nation
Workers attempting to exercise their rights have suffered at least 1,466 threats and acts of violence since the trade deal went into effect in 2012.

Costa Rica to capitalize on free trade agreement with Colombia?
21-Jul-2016 The Costarican Times
The Free Trade Agreement (FTA) between Costa Rica and Colombia will become effective this August 1.