Protests target Peru’s UN Mission in New York: Indigenous rights over US free trade agreement
22-May-2009 Amazon Watch
Indigenous leaders from around the world are joined by supporters in a demonstration today outside the Peru’s Mission to the United Nations, urging the Alan Garcia Government to respect indigenous peoples’ rights and repeal a series of new laws passed under the pretext of implementing the Free Trade Agreement (FTA) with the United States. 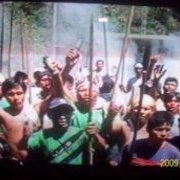 Indigenous leaders declare hunger strike in Peruvian Congress to protest FTA decrees
11-May-2009 Prism Webcast News
As the Peruvian government declared a state of emergency in the face of one month long indigenous protests, 42 indigenous leaders have entered the Peruvian Congress to announce a hunger strike until the issue of a repeal of decrees affecting the territorial rights of indigenous peoples in the Amazon is debated by the full legislature. The decrees, which were passed to facilitate the Free Trade Agreement with the United States, facilitate the transfer of Amazon land and resource rights to oil, mining, logging and agricultural companies to the detriment of indigenous and campesino inhabitants. They also set the stage for the privatization of water resources.
The US-Colombia FTA and national insecurity: A call for ethical foreign policy
29-Apr-2009 Upside Down World
United States foreign trade policies should insist on seeking more ethical economic practices which do not rely on the exploitation of lives and environmental resources, but which thrive off of sustainable relationships of production. Additionally, the United States should recognize the role it has historically played in protracting violence in Colombia, and the influence it has on Colombian forms of governance and economic policy
Selling out Colombia’s ’tierra querida’
26-Nov-2008 Colombia Reports
Colombian indigenous took their protest to Colombia’s capital Bogotá this weekend. Their struggle is about controlling the land in which they have lived and taken care of for hundreds of years.
Andean indigenous reject FTA with Europe
24-Nov-2008 Prensa Latina
The Andean Coordination of Indigenous Organizations (CAOI) ratified rejection of a free trade agreement that governments of Colombia and Peru want to sign with the European Union. This reiteration is contained in a letter CAOI representative Miguel Palacin addressed to Peruvian Foreign Minister Jose Garcia Belaunde, referring to the latter’s threats to expel Bolivian social leaders allegedly in Peru to take part in protests against the agreement.
Indigenous resolution on the CAN-EU FTA
22-Nov-2008 ALAINET
The Andean Community is in crisis as a result of the attitude of the European Union and the governments of Colombia and Peru, who in a meeting of foreign ministers held in Europe proposed to negotiate the FTA bilaterally, breaking with the Guayaquil Agreement, which ratified block by block negotiation. This attitude undermines Andean integration.
Colombian U’wa indigenous leaders visit US, urging investors and US Congress to respect human rights
21-Nov-2008 Market Watch
The U’wa called attention to indigenous mobilizations in Colombia where some 15,000 are marching to Bogota — to protest their government’s backsliding on indigenous land rights in attempt to make way for the US-Colombia Free Trade Agreement.
An Open Letter from the Association of Indigenous Councils of Northern Cauca (ACIN) to US President-Elect Barack Obama.
21-Nov-2008 Trade and War in Colombia
"During your historic campaign, you publicly noted some of what Colombians currently face: you acknowledged the murders of trade unionists by the regime and stated your reservations about a Free Trade Agreement with Colombia, which our people have decided against through a democratic referendum. We thank you for this, and now want you to know about the specific situation facing Colombia’s indigenous peoples." 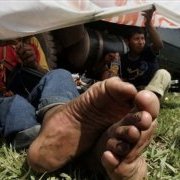 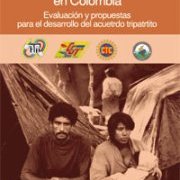 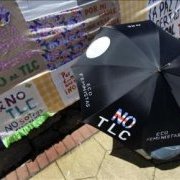 Costa Rica court strikes down CAFTA bill for overlooking indigenous
12-Sep-2008 Tico Times
Costa Rica could miss its Oct. 1 deadline to pass law reforms needed to enter the Free Trade Agreement with the United States (CAFTA) because of a legal snag in the final bill on intellectual property: Nobody thought to ask the country’s indigenous people.
Costa Rica top court blocks US trade pact approval
12-Sep-2008 AP
Costa Rica’s highest court on Thursday overturned an intellectual property law demanded by the US prior to the enactment of the Central American Free Trade Agreement. The Constitutional Court ruled that lawmakers improperly passed the bill — which included provisions on biodiversity — without consulting Indian groups.
Peru: Indigenous occupations end with victory in Congress
24-Aug-2008 The Dominion
On August 22nd, the Peruvian Congress repealed two legislative decrees at the root of the indigenous demonstrations that paralyzed various roads and energy installations from August 9th through 20th. The indigenous movement of the Amazon, home to 65 different indigenous nations, declared victory.
Peru: indigenous uprising claims victory — for now
22-Aug-2008 WW4 Report
Indigenous groups in Peru ended more than a week of militant protests Aug. 20 at key energy sites after lawmakers agreed to overturn a new land law issued by President Alan García, which sought to ease corporate access to communal territories. García had issued the law by decree earlier under special powers Congress granted him to bring Peruvian law into compliance with a new free-trade deal with the US. A congressional commission voted to revoke the law Aug. 19, and floor vote is expected later this week.
0 | 20 | 40 | 60 | 80 | 100 | 120 | 140 | 160
Subscribe to bilaterals.org weekly