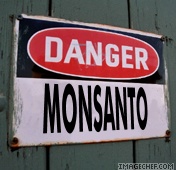 US business team in Nepal looking for investment opportunity
28-Jun-2011 Himalayan Times
The visit — by a team including Johnson & Johnson, GE Healthcare, Rockwell Automation, Monsanto, and Bell Helicopter — demonstrates renewed US interest in Nepal’s economy building on the recently-signed US-Nepal Trade and Investment Framework Agreement (TIFA).
Nepal: Bilateral trade talks with Bhutan on Tuesday
22-May-2011
Nepal and Bhutan are holding bilateral trade talks in Bhutanese capital city Thimpu on Tuesday in order to promote bilateral trade between the two landlocked countries in South Asia.
Seal on TIFA deal by mid-April
30-Mar-2011 Republica
Nepal and the United States are set to sign a Trade and Investment Framework Agreement (TIFA) in mid-April.
Nepal to reduce sensitive list under SAFTA
15-Mar-2011
Nepal is proposing removal of about 260 items from existing sensitive list of goods for imports at the upcoming meeting of South Asian Free Trade Agreement (SAFTA) scheduled to be held in the last week of March in Kathmandu.

HIV victims send SOS to EU, India
14-Oct-2010 Himalayan Times
National Association of People Living with HIV and AIDS in Nepal today urged the European Union and the Indian Embassy to withdraw intellectual property provision in the bilateral EU and India Free Trade Agreement that will undermine the production, registration and worldwide availability of essential generic drugs.
Nepal-Pakistan to sign FTA in October
27-Sep-2010 Himalayam Times
Nepal and Pakistan are planning to ink Free Trade Agreement during the meeting of Joint Economic Commission scheduled for October.
Pak-Nepal plan free trade pact: Report
25-Jul-2010 Hindustan Times
Pakistan and Nepal plan to ink a Free Trade Agreement (FTA), with a high-level bilateral task force set to finalise the pact soon in a bid to boost bilateral trade and business, a news report said today.
Nepal invites US official to sign TIFA
12-May-2010 República
Nepal has invited Deputy US Trade Representative Demetrios Marantis for signing Trade and Investment Framework Agreement (TIFA), which the two countries negotiated out last month.
Pakistan, Nepal pledge to improve bilateral ties
27-Apr-2010
Pakistan and Nepal have decided to hold their joint economic commission’s meeting this year in Islamabad. It is stalled for the last five years.
Nepal: Experts look askance at TIFA draft
29-Mar-2010 Himalayan Times
Experts today suggested some changes in the draft of the Nepal-US Trade and Investment Framework Agreement (TIFA). “The TIFA draft has not mentioned a word about preferential market access or reducing tariff, each of which is a key to the Nepali export sector,” they said.
US less enthusiastic for TIFA negotiations
18-Feb-2010 República
At a time when Nepali delegation is making last-hour preparations for the negotiations with US government for proposed Trade and Investment Framework Agreement (TIFA), it has been learnt that Washington is not enthusiastic in initiating the negotiations.

TIFA: Where is our homework?
15-Feb-2010 República
The media is abuzz with reports that Nepal is planning to sign a bilateral FTA (BFTA) with the US and to this end a high-level delegation from Nepal is leaving for the US in three weeks’ time to sign Trade and Investment Framework Agreement (TIFA) – a precursor to the BFTA.
Nepal: US floats TIFA for zero-duty facility
3-Nov-2009 Republica
The US Trade Representative has floated an option of Washington and Kathmandu signing a Trade and Investment Framework Agreement and it has forwarded a text of the TIFA to the Commerce Ministry for necessary study for further negotiations.
Anand Sharma to sign new trade treaty with Nepal
26-Oct-2009
Indian commerce and industry minister Anand Sharma is arriving in Nepal on Tuesday to ink the new India-Nepal Trade Treaty that will now get a seven-year shelf life instead of the earlier five with the provision to have it automatically extended every seven years.
India-Nepal trade pacts to be signed next week
23-Oct-2009 IANS
India and Nepal will sign a revised trade treaty and an agreement to control unauthorised trade from a third country in Kathmandu next week. A Bilateral Investment Promotion and Protection Agreement is expected to be signed in future.
Nepal’s trade with India Preferential treatment overview
5-Oct-2009
The Nepal-India Trade Treaty of 1996 came into limelight in the wake of the periodical review of the treaty recently. The treaty marked a milestone in Nepal-India trade ties leading virtually to free trade between the two countries.
Pakistan, Nepal mull over free-trade pact
30-Jun-2009 The Hindu
Pakistan and Nepal are considering a free-trade agreement, said the Pakistan Foreign Ministry on Monday.
Nepal unveils new commerce policy
9-Apr-2009
The Nepal government has unveiled a new commerce policy that aims at economic development and poverty alleviation by enhancing the contribution to national economy through commerce, a media report said on Wednesday.
Nepal asks India for trade treaty with longer shelf life
9-Mar-2009 The Hindu
India and Nepal are seeking to update their nearly 60-year-old trade treaty with the new draft expected to be ready before India goes to staggered polls from April 16.
0 | 20 | 40 | 60
Subscribe to bilaterals.org weekly