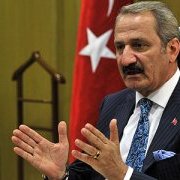 Turkey demands place at table as part of FTA talks
27-Mar-2013 World Bulletin
Turkish economy minister said that Turkey needed a place at the table as part of free trade agreement talks between the European Union and the US.
France threatens to delay quick start of EU-US trade talks
26-Mar-2013 Reuters
France threatened on Monday to delay the swift start of EU-U.S. trade talks if its red lines on culture and farm produce are not respected.
Turkish PM sends letter to Obama on EU deal
26-Mar-2013
Turkish Prime Minister Recep Tayyip Erdoğan has sent a letter to U.S. President Barack Obama so that Washington would continue talks with Turkey for a free trade agreement simultaneously with the EU, Economy Minister Zafer Çağlayan said yesterday. 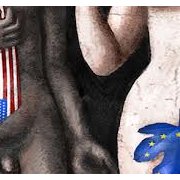 Trans-Atlantic partnership trade pact
25-Mar-2013 World War 4 Report
Neoliberalism knows no borders, so perhaps it should not come as a bolt out of the blue that the United States and European Union are set to negotiate a "Transatlantic Trade and Investment Partnership." 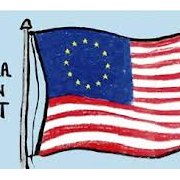 Obama administration notifies Congress of intent to negotiate Transatlantic Trade and Investment Partnership
22-Mar-2013 USTR
The Obama Administration has notified US Congress of its intent to enter into negotiations on a comprehensive trade and investment agreement with the European Union, specifying its negotiating objectives.
EU roadmap for Transatlantic Trade and Investment Partnership (TTIP)
21-Mar-2013 EU
Indicative roadmap prepared by the European Commission for the EU-US FTA negotiations 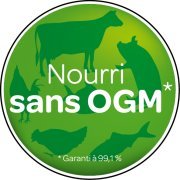 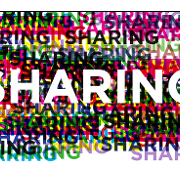 Civil society statement – No copyright in the EU-US trade agreement!
19-Mar-2013 Infojustice
"From a democratic perspective, we believe that important rules governing technology, health, and culture should be debated in the US Congress, the European Parliament, national parliaments, and other transparent forums where all stakeholders can be heard—not in closed negotiations that give privileged access to corporate insiders."
Now US wants Transatlantic Free Trade Agreement with European Union to include Turkey: who’s next?
19-Mar-2013 TechDirt
Some media are reporting talk of Mexico and Turkey joining the EU-US FTA.
Europe’s carmakers look forward to US trade pact
8-Mar-2013 New York Times
Prospects for a trade pact have brightened the spirits of automakers along with many other types of Continental companies. And not only because it might make it easier for their products to compete in America’s giant consumer market.
US-Europe free trade pact won’t affect TPP: US
28-Feb-2013 AFP
A proposed US-Europe free-trade pact is unlikely to affect Washington’s efforts to negotiate a similar agreement with Asia-Pacific nations, a senior US trade official said Thursday. 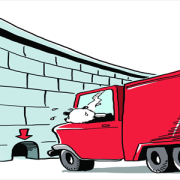 China must brace for impact of possible EU-US free trade agreement
27-Feb-2013 Global Times
China could still have certain advantages even after the establishment of a US-EU FTA. The question is: how to maintain and create new competitive advantages?
US-EU trade deal is the foundation for a new global economic order
26-Feb-2013 Be Your Own Leader
There are concerns that the US could use these talks to push the EU to loosen its restrictions on genetically modified crops and foods. In addition, the deal might serve as a backdoor means to implement ACTA which was rejected by the European Parliament last year. 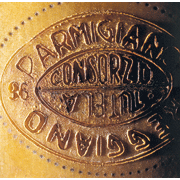 Parmesan cheese: Thorn in US-EU free-trade agreement?
26-Feb-2013 Global Post
Will Wisconsin dairy farmers accept that only cheese produced in five provinces of northern Italy can carry the name parmesan? Will the French agree to tuck into hormone-infused American beef with a side of genetically modified fries?
Unions seek stronger labour laws in US-EU free trade talks
26-Feb-2013 Left Foot Forward
Just days after it was announced that the USA and the European Union were to open discussions on a free trade agreement worth trillions of dollars, trade unions on both sides of the Atlantic said that employment rights had to be a key issue on the agenda. 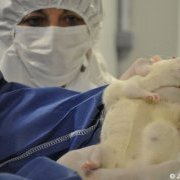 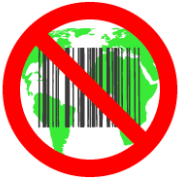 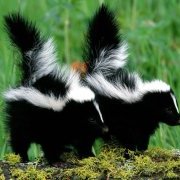 SOTU, TPP, TAFTA — WTF?
14-Feb-2013 Huffington Post
The Trans-Atlantic FTA’s focus would not be trade per se — border taxes (tariffs) between the EU and the US are already low. Rather, these talks are aimed at eliminating a list of what multinational corporations call "trade irritants" but the rest of us know as strong food safety, environmental and health safeguards, explains Lori Wallach. 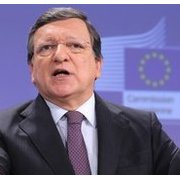 EU and US free-trade talks launched
13-Feb-2013 BBC
The European Union and the US will begin formal talks on a free-trade agreement, paving the way for the biggest trade deal in history. European Commission President Jose Manuel Barroso made the announcement following President Barack Obama’s State of the Union address. 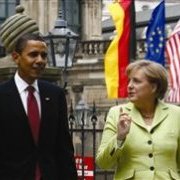