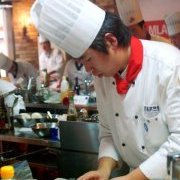 Govt delay in Australia-Korea FTA jeopardises $770m beef export market
12-Nov-2012 Beef Central
Australia’s share of the Korean export beef market could be slashed by half over the next 15 years, unless a Free Trade Agreement can be expediently established between the two countries, according to the industry
Malaysia-Australia FTA in Parliament
3-Nov-2012 Invest in Australia
Australian exporters of dairy products, automotive parts, iron and steel will benefit from improved market access under the MAFTA. Malaysia has also committed to allowing majority Australian ownership of service providers in such industries as telecommunications, insurance, education, tourism, research and development, accountancy and mining-related services. 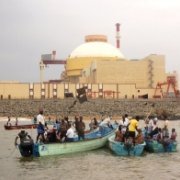 Australia nudges India trade beyond coal
16-Oct-2012 WSJ
Australian Prime Minister Julia Gillard attended a business forum in New Delhi today, part of her government’s attempts to capitalize on booming trade with India.
Australia upholds tobacco branding ban
15-Aug-2012
Australia’s High Court has rejected a challenge by the world’s biggest tobacco companies which are seeking to overturn a law requiring cigarettes to be sold in plain packaging from the start of December.
Fair trade group condemns big tobacco’s use of trade agreements to continue plain packaging fight after High Court defeat
15-Aug-2012
“We welcome the High Court decision as a vindication of the Government’s right to regulate tobacco as an addictive substance that still kills 15,000 Australians per year,” Dr Patricia Ranald, Convener of the Australian Fair Trade and Investment Network, said today.
Business demands sovereign risk protection in FTAs
13-Aug-2012
The Gillard government’s refusal to reconsider its decision not to demand sovereign risk protection for Australian companies in free-trade agreements has been met with loud objections from leading business groups who say such provisions are vital to international trade, according to The Australian Financial Review.
Australian business leaders launch trade agreement campaign
13-Aug-2012 Tax News
Members of the Australian business community have launched a campaign for trade agreements to include provisions to allow private companies to sue foreign governments for breach of contract or property rights.
Free trade agreement with Malaysia opens up education, telco sectors
22-May-2012
Malaysia and Australia signed a free trade agreement that will allow Malaysia to export all goods duty-free into Australia once the deal comes into force on January 1, 2013.
In the dark on trade deal
21-May-2012
At 11.30 this morning, Kuala Lumpur time, Trade Minister Craig Emerson and his Malaysian counterpart will sign a free trade agreement that promises "a new chapter" in the Australia-Malaysia relationship.
Trade win with Malaysia spurs regional talks
20-May-2012
Labor hopes a breakthrough free trade agreement to be signed with Malaysia tomorrow - giving Australian companies unprecedented access to Asia’s eighth-biggest economy - will provide momentum to negotiations on other bilateral deals across the Pacific region.
0 | ... | 100 | 110 | 120 | 130 | 140 | 150 | 160 | 170 | 180 | ... | 250