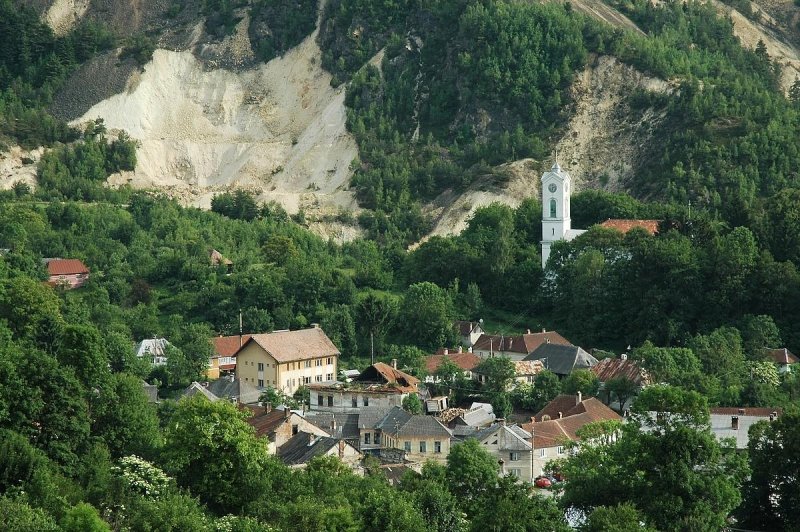 Gabriel Resources Ltd. (“Gabriel” or the “Company”) announces the publication of its Annual Results and Management’s Discussion and Analysis Report for the year ended December 31, 2019.

• Gabriel remains focused on the progression of its arbitration case against Romania under the rules of the International Centre for Settlement of Investment Disputes (“ICSID”), part of the World Bank (“ICSID Arbitration”):

o The original Hearing was bifurcated by the tribunal constituted to adjudicate the ICSID Arbitration (“Tribunal”) granting Romania’s request to hold an additional hearing, which is now scheduled to be held in Paris in the week of September 28, 2020 (“Second Hearing”).

• Following the Romanian Government’s official request for the “reactivation” of its nomination of the “Roşia Montană Mining Landscape” as a UNESCO World Heritage site in January 2020:

o Gabriel has provided to Romania a notice requesting consultation with regard to Romania’s application to UNESCO reserving its right to commence a further arbitration if warranted accordingly.

o Gabriel is hopeful that Romania will engage constructively and that it will promptly withdraw its UNESCO application in order to preserve the possibility that the sustainable development of the Roşia Montană Project may be part of an amicable resolution of the dispute regarding Gabriel’s investments in Romania.

• In October 2019, the sale of the remaining ball mill, excluding motors, was completed for aggregate gross proceeds of US$3.3 million (approx. $4.3 million).

• The Company believes that it has sufficient sources of funding for general working capital requirements and to fund the estimated costs associated with advancing the ICSID Arbitration through the Second Hearing to the fourth quarter of 2020. The Company has identified a requirement for additional funding in the medium-term to maintain its primary assets while it awaits a final decision from the Tribunal and to pursue the ICSID Arbitration to its conclusion.

Dragos Tanase, Gabriel’s President and Chief Executive Officer, stated: “We believe that the strength of our claim and the credibility of our witnesses were highly evident in front of the Tribunal at the Hearing and Gabriel looks forward to providing compelling commentary on the quantum and technical phases of the ICSID Arbitration to be heard next September. Gabriel is fully focused on its preparation for the Second Hearing and remains very confident in the merits of its ICSID Arbitration claim.”

Status of the ICSID Arbitration

• The ICSID Arbitration seeks compensation for all of the loss and damage suffered by the Company and its wholly-owned subsidiary, Gabriel Resources (Jersey) Ltd. (together “Claimants”), resulting from the Romanian State’s (“Respondent”) wrongful conduct and its breaches of the protections afforded by certain treaties for the promotion and protection of foreign investment to which Romania is a party against expropriation, unfair and inequitable treatment and discrimination in respect the Roșia Montană Project and the prospective gold, silver and porphyry copper deposits in the neighbouring Bucium concession area (“Projects”) and related licenses.

o On November 2, 2018, Claimants filed its reply (“Reply”) with ICSID, a comprehensive rebuttal of the legal and factual contentions raised in the Respondent’s counter-memorial of February 22, 2018 (“Counter-Memorial”), and its response to the Jurisdictional Challenge.

o On February 28, 2019, the Claimants and the Respondent filed their comments on an amicus curiae submission to the Tribunal by certain non-governmental organizations (or “non-disputing parties”) who have opposed the Roșia Montană Project for many years.

o On May 24, 2019, Respondent filed its rejoinder with ICSID (“Rejoinder”) in response to the Company’s Reply, together with its own reply to the Company’s counter-memorial on the Jurisdictional Challenge; and

o On June 28, 2019, Claimants filed its surrejoinder on the Jurisdictional Challenge (“Surrejoinder”).

o An oral hearing on the merits of the claim was held in Washington D.C. between December 2 and December 13, 2019.

• The Hearing was the culmination of an extensive undertaking by the Claimants’ legal counsel, legal and other experts and fact witnesses, which focused on the evidentiary record in the case and allowed counsel for both parties to address issues on liability and jurisdiction. The Hearing also afforded the Tribunal the opportunity to hear testimony from certain of the parties’ fact and expert witnesses, as well as to address questions to each of the parties.

• In October 2019, the Tribunal ruled that an additional one week oral hearing would be scheduled as soon as possible after the Hearing. The Second Hearing has been scheduled for the week of September 28, 2020 and will be held at the ICSID hearing facilities in Paris. The Second Hearing will focus on the technical and feasibility-related aspects of the Projects and the quantum of the damages claimed.

• On December 7, 2019, the Tribunal granted the European Commission’s request to file a non-disputing party submission, but rejected the EC’s request to participate in the oral hearings of the ICSID Arbitration. The Tribunal also decided to provide the parties an opportunity in due course to submit written comments on the EC’s submission.

• On March 10, 2020, the Tribunal issued Procedural Order No. 27 whereby it set out a list of questions arising from the evidence presented during the Hearing. The parties will have an opportunity to respond to these questions in a sequential manner during the course of April and May.

• A summary of the procedural aspects of the ICSID Arbitration, together with copies of the procedural orders of the Tribunal and the principal submissions, including the Memorial, the Counter-Memorial, the Reply and the Rejoinder are available on ICSID’s website. Redacted versions of the transcripts of the Hearing will also be uploaded to the ICSID website in due course.

• On January 31, 2020, the Ministry of Culture in Romania submitted a letter to UNESCO conveying the Romanian Government’s official request for the “reactivation” of its nomination of the “Roşia Montană Mining Landscape” as a UNESCO World Heritage site. The act of applying to UNESCO for such designation is wholly incompatible with development of the Roșia Montană Project. The application itself is an undertaking by Romania to protect the subject area from development and precludes mining, as would a decision by UNESCO formally approving the application.

• In light of these recent developments and, for the avoidance of doubt, Gabriel has provided notice to Romania of a dispute under the Treaties with regard to Romania’s application to UNESCO in relation to Roşia Montană and has reserved its right to commence a further arbitration if warranted accordingly (the “Notice”).

• In the Notice, Gabriel confirmed that it is prepared to cooperate in good faith at a senior level with the Romanian Government and other authorities in a process of consultation with regard to the UNESCO application. Gabriel is hopeful that Romania will engage constructively and that it will promptly withdraw its UNESCO application in order to preserve the possibility that Romania, and in particular the local communities in and around Rosia Montana, can enjoy the significant wide-ranging benefits from the sustainable development of the Project, as part of an amicable resolution of the dispute regarding Gabriel’s investments in Romania.