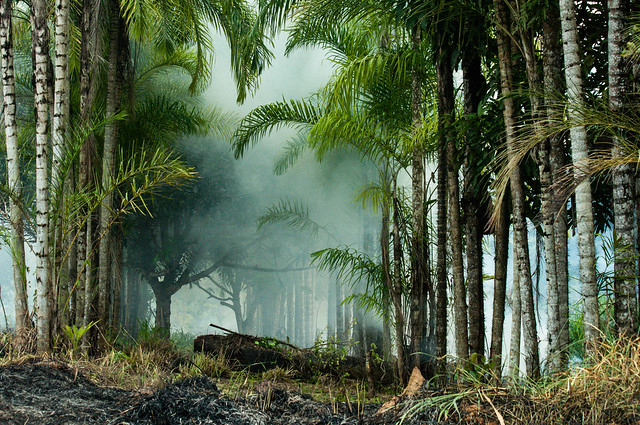 In an open letter, over 340 civil society organisations are demanding that the European Union immediately halt free trade agreement negotiations with the Mercosur bloc (Brazil, Argentina, Paraguay and Uruguay) on the grounds of deteriorating human rights and environmental conditions in Brazil. The letter is addressed to presidents of the EU institutions ahead of the ministerial-level meeting next week in Brussels where EU and Mercosur foreign ministers aim to finalise the negotiations.

We, the undersigned civil society organizations, are writing to call on the European Union to use its influence to prevent a worsening human rights and environmental situation in Brazil.

In April, more than 600 European scientists and two Brazilian Indigenous organizations, representing 300 Brazilian Indigenous groups, called for the EU to act as a global leader in supporting human rights, human dignity and a habitable climate by making sustainability the cornerstone of its trade negotiations with Brazil. We fully support this call.

Bound by the Treaty of the European Union, the EU and its Member States vowed to respect and promote human rights as an overarching objective in its dealings with other countries. Trade Commissioner Cecilia Malmström has also clearly stated the need for new EU trade agreements to deliver sustainable development.

Since the inauguration of Brazilian President Jair Bolsonaro in January 2019, we have witnessed increased human rights violations, attacks on minorities, indigenous peoples, LGBTQ and other traditional communities. Moreover, the administration continues to threaten the basic democratic functioning of civil society while instigating a fundamental assault on some of the world’s most precious and ecologically valuable regions.

We are deeply concerned about the following:

Civil society actors, activists, peasants, workers and minorities face extreme dangers from the incendiary rhetoric of the Bolsonaro government and its supporters. This includes his labeling of members of grassroots movements like the Landless Workers Movement and the Movement of Homeless as “terrorists,” generating concerns that Brazil’s controversial anti-terrorist law will be used to criminalize social activists.

The EU is Brazil’s second-largest trading partner overall, second-largest importer of Brazilian soy and a major importer of Brazilian beef and other agricultural products. The EU, therefore, has a responsibility to address human rights and environmental injustices taking place in Brazil under the Bolsonaro government. It must use its leverage to support civil society, human rights and the environment.

The EU is in the midst of negotiating a far-reaching Mercosur trade deal that seeks to expand market access and trade between the two regions, including Brazil. It is imperative that the EU sends an unequivocal message to President Bolsonaro that the EU will refuse to negotiate a trade deal with Brazil until there is an end to human rights violations, strict measures to end further deforestation and concrete commitments to implement the Paris Agreement.

In the past, the EU has suspended trade preferences with countries involved in human rights violations, such as Myanmar and the Philippines. In addition, the EU has restricted imports of products whose production is related to human rights in the case of conflict minerals. It is time that the EU takes a similar, tough stance to prevent a deterioration of the human rights and environmental situation in Brazil.

We therefore call on you to:

Cyprus Friends of the Earth Cyprus

India My Right To Breathe

Russia Friends of the Siberian Forests