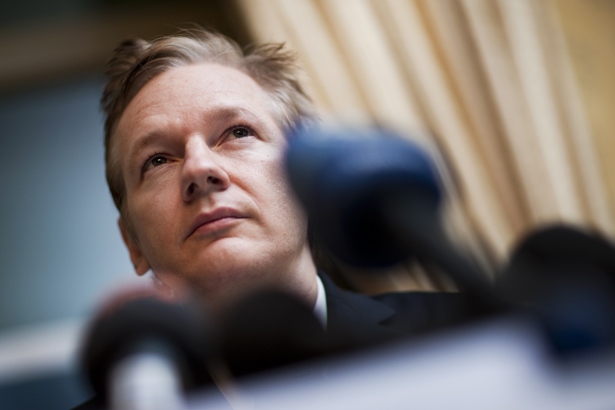 WikiLeaks has released the draft text of a chapter of the Trans-Pacific Partnership (TPP) agreement, a multilateral free-trade treaty currently being negotiated in secret by 12 Pacific Rim nations.

The full agreement covers a number of areas, but the chapter published by WikiLeaks focuses on intellectual property rights, an area of law which has effects in areas as diverse as pharmaceuticals and civil liberties.

Negotiations for the TPP have included representatives from the United States, Canada, Australia, New Zealand, Japan, Mexico, Malaysia, Chile, Singapore, Peru, Vietnam, and Brunei, but have been conducted behind closed doors. Even members of the US Congress were only allowed to view selected portions of the documents under supervision.

"We’re really worried about a process which is so difficult for those who take an interest in these agreements to deal with. We rely on leaks like these to know what people are talking about," says Peter Bradwell, policy director of the London-based Open Rights Group.

"Lots of people in civil society have stressed that being more transparent, and talking about the text on the table, is crucial to give treaties like this any legitimacy. We shouldn’t have to rely on leaks to start a debate about what’s in then."

The 30,000 word intellectual property chapter contains proposals to increase the term of patents, including medical patents, beyond 20 years, and lower global standards for patentability. It also pushes for aggressive measures to prevent hackers breaking copyright protection, although that comes with some exceptions: protection can be broken in the course of "lawfully authorised activities carried out by government employees, agents, or contractors for the purpose of law enforcement, intelligence, essential security, or similar governmental purposes".

WikiLeaks claims that the text shows America attempting to enforce its highly restrictive vision of intellectual property on the world – and on itself. "The US administration is aggressively pushing the TPP through the US legislative process on the sly," says Julian Assange, the founder and editor-in-chief of WikiLeaks, who is living in the Ecuadorean embassy in London following an extradition dispute with Sweden, where he faces allegations of rape.

"If instituted," Assange continues, "the TPP’s intellectual property regime would trample over individual rights and free expression, as well as ride roughshod over the intellectual and creative commons. If you read, write, publish, think, listen, dance, sing or invent; if you farm or consume food; if you’re ill now or might one day be ill, the TPP has you in its crosshairs."

Just Foreign Policy, a group dedicated to reforming US foreign policy, managed to crowdfund a $70,000 (£43,700) bounty for Wikileaks if the organisation managed to leak the TPP text. "Our pledge, as individuals, is to donate this money to WikiLeaks should it leak the document we seek." The conditions the group set have not yet been met, however, because it required the full text, not individual chapters.

Related to the TPP is a second secret trade agreement, the Transatlantic Trade and Investment Partnership (TTIP), which ties together regulatory practices in the US and EU. George Monbiot, writing in this paper, referred to the treaty as a "monstrous assault on democracy". Ken Clarke, the minister without portfolio, replied that it "would see our economy grow by an extra £10bn per annum".

Campaign group Fight for the Future has already collected over 100,000 signatures in an online petition against what it calls the “extreme Internet censorship plan: contained in the TPP.

Evan Greer, campaign manager for Fight for the Future, said: "The documents revealed by WikiLeaks make it clear why the US government has worked so hard to keep the TPP negotiatons secret. While claiming to champion an open Internet, the Obama administration is quietly pushing for extreme, SOPA-like copyright policies that benefit Hollywood and giant pharmaceutical companies at the expense of our most basic rights to freedom of expression online."