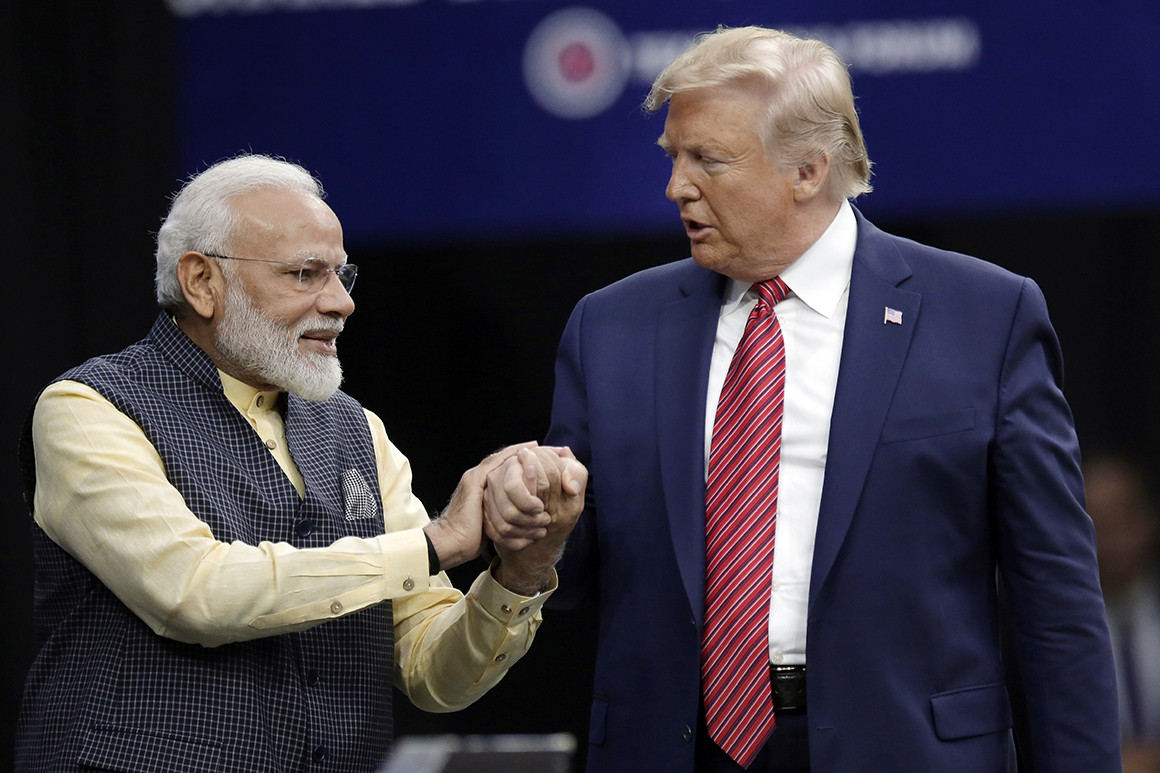 A new approach on investment By Mark Linscott

When Prime Minister Narendra Modi welcomes U.S. President Donald Trump to India this month, the most memorable images may well extend beyond bear-hugging and a ‘Howdy Trump’ rally. The two leaders are expected to sign a first-ever trade agreement. On substance, the agreement will not be a big one but that is beside the point. A U.S.-India trade deal will have historic significance, especially if it ushers in a period of strong collaboration to advance a shared bilateral trade agenda and effectively resolves troubles as they arise.

The restoration of India’s Generalised System of Preferences benefits, pricing of medical devices, and agriculture trade are all important, but they are just the tip of the iceberg. If the two sides continue efforts to achieve incremental outcomes, the start of negotiations on a comprehensive free trade agreement (FTA) could even be a credible scenario. Presently, this is not the case.

Incremental outcomes What might initial incremental outcomes be? The most obvious candidates are intellectual property rights (IPR), digital trade, and investment. Ideally there should be room to seriously consider better ways to encourage skilled professionals to work in the other’s economy.

None of these areas will be easy. That said, there are already some shared interests. For example, India invests in the U.S. and continues to seek U.S. investment in India. Both are grappling with the appropriate scope and approach for regulating electronic commerce issues in this digital age. IPR has historically been an area of contention between the two, but discussions on IPR have progressed well in recent years.

With respect to investment issues, specifically foreign direct investment (FDI), this is an important moment to do more to encourage it than simply welcoming it. Ideally, the two sides should move ahead to negotiate an agreement on investment matters that can provide greater transparency, predictability, and regulatory certainty to investors from the other country. But it appears that the traditional approach through which countries pursue commitments on FDI, bilateral investment treaties, or ‘BITs’ (bilateral investment treaties) is off the table. The Trump administration has put a hold on negotiating additional BITs and appears to be suspicious of how well they balance U.S. interests. The Indian government is similarly sceptical of BITs, having cancelled all existing ones soon after it came into office.

A new approach In fact, the two sides might find common ground in devising a new approach to investment issues, at least until they resume their work on BITs. A starting point should be to review what they have done in their recent FTAs. The recently concluded U.S.-Mexico-Canada Agreement contains a novel approach on investment, notably its abandonment of investor-state dispute settlement with respect to the U.S. and Canada. Similarly, the Regional Comprehensive Economic Partnership, which India had been negotiating with ASEAN, Australia, China, Japan, Korea, and New Zealand, does not include investor-state dispute settlement. While India chose not to join the Regional Comprehensive Economic Partnership when it was concluded at the end of last year, it appears to have been on board with the FTA’s investment provisions.

A U.S.-India investment agreement could focus on fair treatment for investors from the other country, regulatory transparency and predictability, and approaches for resolving concerns short of investor-state dispute settlements. At a later stage, most likely when the two are prepared to negotiate a more comprehensive bilateral FTA, they can go further on investment matters.

For now, however, they should focus on what is doable. A new, hybrid approach on investment would be a substantial step in the right direction. It will be critical to sustain momentum coming out of a first trade deal when the two leaders meet in Delhi. If India and the U.S. fail this test, the trade relationship is more likely to languish than blossom.