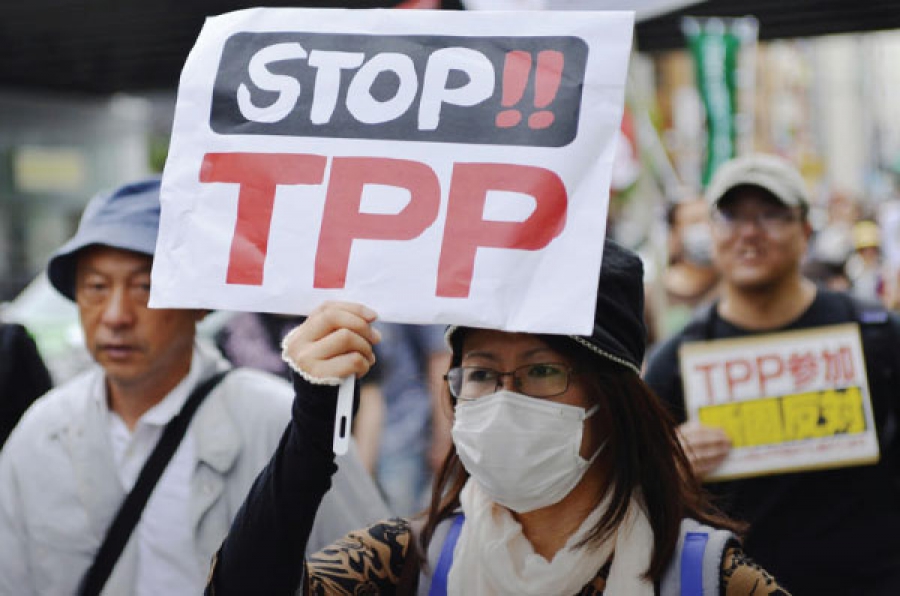 Activists have warned that Thailand will suffer seriously from a medical and agricultural monopoly of multinational corporations if the government signs an 11-country free trade agreement.

FTA Watch in Bangkok, a regional campaign network, said yesterday at a seminar that only capitalists will benefit from the signing of the Comprehensive and Progressive Agreement for Trans-Pacific Partnership (CPTPP).

The group said there are many controversial trade regulations, especially in the protection of intellectual property and investments, which will eventually harm the Thai agricultural sector and healthcare systems.

At a press conference after the seminar, FTA Watch announced its objection to the junta’s effort to sign the new free trade agreement (FTA) without rigorously analysing the impact on the country and said it should allow an elected democratic government to consider the major issue.

The CPTPP, which is also known as TPP11, is a signed FTA between 11 countries in the Asia-Pacific Region, including Australia, Brunei, Canada, Chile, Japan, Malaysia, Mexico, New Zealand, Peru, Singapore and Vietnam. Only Mexico has ratified the FTA.

Mongkol Duangkaew, a representative from the Alternative Agriculture Network, said food security and the future of Thai farmers would be in danger if Thailand signs the deal. He said controversial regulations on agriculture would be enforced automatically.

“Under the enforcement of UPOV [International Union for the Protection of New Varieties of Plants] Convention 1991, the transnational big food companies will rule over our agricultural sector and will generate even larger profit by taking advantage of Thailand’s rich biodiversity,” Mongkol said. “Moreover, the giant agricultural corporations can get bigger benefits from strict intellectual property protection over seeds and plant varieties, while GMO plants will be automatically introduced to Thailand for commercial farming by this FTA.”

“The regulations of CPTPP not only extend the expiry date of intellectual property, but also make the pharmaceutical companies register a new drug patent "easier", contributing to the occurrence of an evergreen patent, which keeps the poor from access to necessary medicine,” Chalermsak said.

“It will also be impossible to sustain our good healthcare system, as Thailand can no longer bargain for better prices on large-scale medicine procurement once it becomes a CPTPP member.”

On June 1, the Commerce Ministry announced its goal to sign the CPTPP next year and pointed out many benefits Thailand will have from being a member, such as access to many new markets within the members of the agreement.

However, FTA Watch vice president Kannikar Kijtiwatchakul said the Commerce Ministry’s claims were a half-truth and failed to mention the adverse impacts.

“We have already faced problems from the negative impacts of JTEPA [Japan-Thailand Economic Partnership Agreement], as this FTA allows Japan to dump its electronic waste in Thailand,” Kannikar said.

“This FTA was signed by the previous military government without the proper consideration of every aspect and despite the protest and warning of the electronic waste import allowance in the FTA by the Public Health Ministry and civil society organisations. We urge the junta not to repeat this mistake.”

She said that the regulation for making a transnational agreement under the 2017 Constitution was too weak to ensure the proper consideration and assessment of the overall impacts. She urged that the decision should lie with the democratic government after the election.