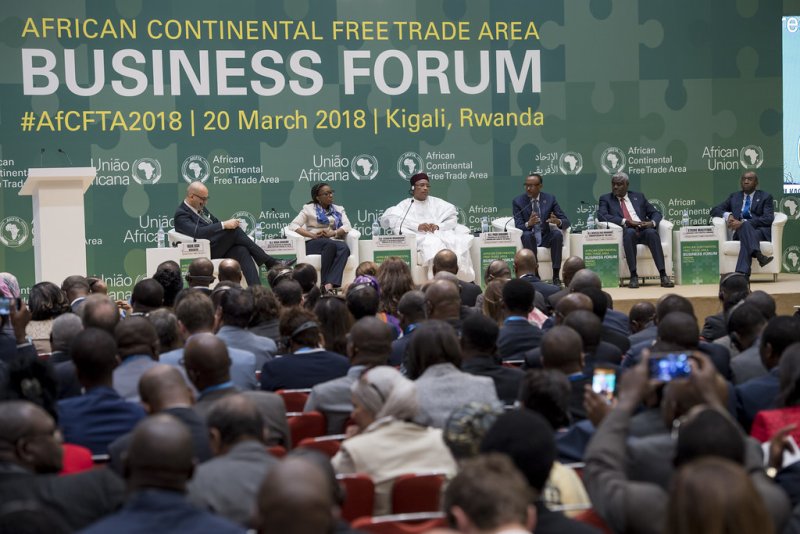 Negotiations for e-commerce and digital trade under an Africa-wide free trade pact will be fast-tracked as the coronavirus pandemic heightens the need for a legal and governance framework, according to the zone’s most senior official.

The talks that were to have been part of phase 3 of what could be the world’s biggest free trade area will now take place alongside phase 2 negotiations on competition policy, intellectual property rights and investment protocols, said Wamkele Mene, the secretary general of the African Continental Free Trade Area. Discussions are expected to begin early next year.

“We ignore digitization at our own peril,” Mene told a virtual conference organized by the Stellenbosch, South Africa-based Tralac Trade Law Centre. “We’ve got to develop a very clear and compelling strategy for how we can ensure that our trade under this agreement is more efficient, more dynamic and certainly more affordable.”

While e-commerce in Africa lags other regions, it is growing rapidly. E-commerce revenues in the sub-Saharan region grew by an average of 24% in 2019 with a quarter of the population classified as active, online-paying customers, according to an International Monetary Fund report.

Talks on digital trade will include measures to harmonize and speed up customs-clearance procedures between countries, Mene said. Delays at borders and regulations that differ from country to country slow regional commerce.

The 54 of the 55 countries recognized by the African Union that have signed the agreement are also speeding up negotiations on the taxation of e-commerce platforms, Bloomberg Law reported, citing Prudence Sebahizi, chief technical adviser and head of the African Continental Free Trade Agreement Negotiation Support Unit.

These talks threaten to breach a World Trade Organization moratorium on tariffs on e-commerce. WTO members agreed in December to continue the moratorium until a June ministerial meeting, but that meeting was canceled over Covid-19 concerns and is now scheduled for June 2021.

The first commercial deal under the free-trade area has been pushed out to Jan. 1 from July after phase 1 negotiations on the protocol of trade in goods and services stalled due to the coronavirus pandemic. The talks are now being revived and moved online.

The trade pact aims to bolster intra-African commerce agreement by lowering or eliminating cross-border tariffs on 90% of goods, facilitating the movement of capital and people, promoting investment and paving the way for the establishment of a continent-wide customs union. When fully operational by 2030, it could cover a potential market of 1.2 billion people and a combined gross domestic product of $2.5 trillion.