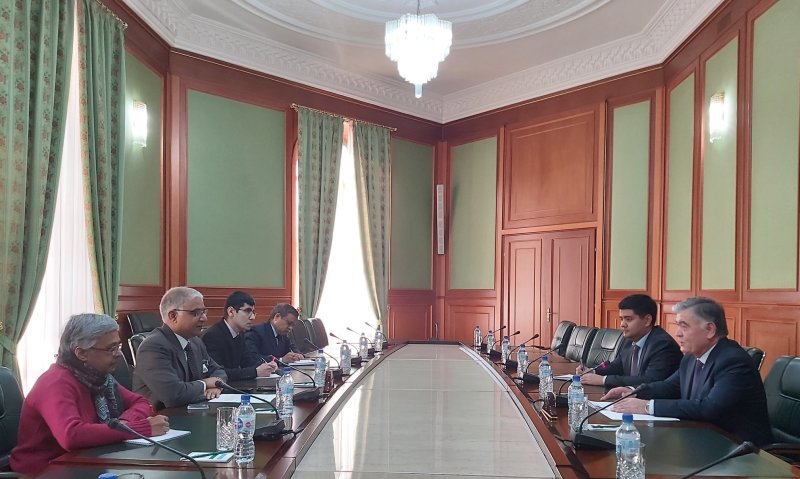 Institutional reforms and opening up of various sectors of the economy of Uzbekistan under presidency of Shavkat Mirziyoyev in recent years have been noticed globally, Ambassador of India in Uzbekistan Shri Santosh Jha told Trend .

Santosh Jha said that these changes created new boundless opportunities for cooperation in a wide range of areas. He added that India welcomes these positive developments and intends to strengthen bilateral cooperation, including in ways that can be conducive to further growth and prosperity of Uzbekistan.

"Both countries have strong interest in intensifying ties in all areas contributing to our respective economic development. Stronger trade and investment cooperation and building of infrastructure will therefore remain a high priority. Both sides are engaged in negotiations for finalizing a Preferential Trade Agreement and a Bilateral Investment Treaty with a view to boost our trade and investment relationship," noted the ambassador.

Jha said that India has offered a concessional line of credit to Uzbekistan of $1 billion to support social and economic infrastructure development in Uzbekistan.

"So far, the two sides have identified four projects worth $450 million for implementation. These include road projects, urban infrastructure projects and IT and computer education. Promoting connectivity, both terrestrial and air cargo, are an important priority area. India has also proposed implementation of Quick Impact Projects on a grant basis in Uzbekistan to support community development in Uzbekistan which can bring quick and direct benefit to ordinary people in relatively backward areas of the country," stated Jha.

The ambassador stressed that India organized the first ever defense-industrial workshop in Tashkent to promote joint ventures and other industrial cooperation in September 2019.

"We are also seeking to expand our defense-industrial cooperation. To support these efforts and to enable Uzbekistan to procure defense equipment aimed at modernization of its forces, India has offered a concessional line of credit of $40 million to Uzbekistan. We also are seeking to support training and capacity building efforts of various security agencies in Uzbekistan," said Jha.

Furthermore, the ambassador noted that the sides continue to promote close cultural ties between the countries through various programs, including granting educational scholarships and organization of cultural events through Indian Cultural Centers in Uzbekistan.

"We also have plans to organize Days of Indian Culture in Uzbekistan and also to organize a Youth Festival, which have been delayed due to the current COVID pandemic and will be held as soon as the situation with the pandemic improves. We hope that these events would further strengthen our strong cultural and historical links, advance cooperation in cultural sphere and promote close people-to-people contacts," he pointed out.