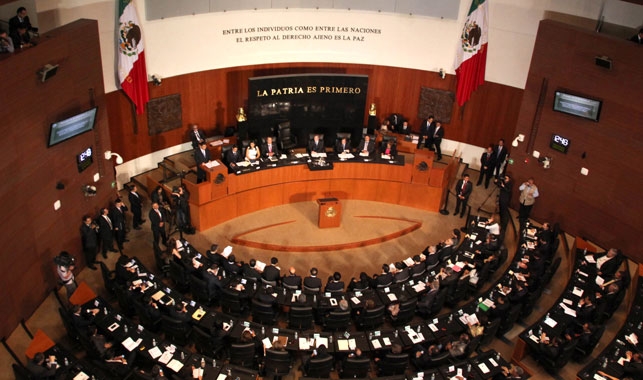 AMLO, as he’s known, said he’s asking legislators to hold a special session before their next regularly scheduled meeting in September to approve the United States-Mexico-Canada Agreement, or USMCA. He predicted the deal will attract investment and “well-paid” jobs to Mexico.

“There’s a majority support of the people of Mexico to approve and ratify the treaty, because it’s in our best interests,” Lopez Obrador said at his morning news conference on Thursday.

Jesus Seade, Lopez Obrador’s undersecretary of foreign relations for North America, said at the same conference he’s working with the U.S. to resolve a dispute over tomatoes. Mexican producers earlier this month began paying duties of more than 17% on supplies crossing into the U.S. from Mexico as a result of a Commerce Department decision made in part to protect growers in Florida.

Canadian Prime Minister Justin Trudeau brought forward legislation to ratify USMCA on Wednesday, leaving the U.S. as the only partner that hasn’t done so.

Democrats have identified areas where they want improvements before they can support the USMCA deal. They include labor and enforcement as well as environmental and pharmaceutical provisions. U.S. President Donald Trump removed a major hurdle in the approval process when he lifted steel and aluminum tariffs on Mexico and Canada earlier this month, and Mexico in April approved a labor overhaul that was a key Democratic demand.