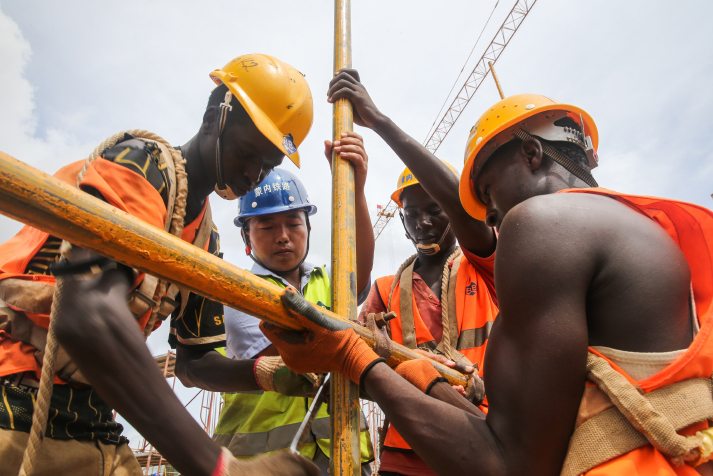 An FTA between China, African nations will boost global trade

At their meeting in Johannesburg, South Africa, in 2015, African and Chinese leaders set an ambitious goal: raising China’s foreign direct investment in stocks in Africa from $32.4 billion in 2014 to $100 billion in 2020 and increasing two-way trade from $220 billion to $400 billion.

The ongoing summit of the Forum on China-Africa Cooperation in Beijing is an ideal occasion for the Chinese and African leaders to review the progress of their ambitious plan and consider injecting, if necessary, institutional expertise to realize the two goals, as well as make China’s FDI in Africa and two-way trade sustainable and mutually beneficial. That could also be an essential part of their political declaration and action plan after the conclusion of the FOCAC summit on Tuesday.

The China-Africa plan is ambitious considering that, together, the two sides account for one-third of the consumers in the world, though the barriers and difficulties to meet the requirements of the plan are indeed enormous.

Still, the plan is achievable. To begin with, the development stages of China and Africa are complementary－with Africa having huge natural resources and China producing abundant consumer goods. And even though China is still not a fully industrialized country, it is fast catching up with the industrialized world－and to facilitate the process, it has signed free trade agreements with economies such as Iceland, Switzerland, Australia and New Zealand.

On the other hand, the European Union has entered into many FTAs with economies in various stages of development, such as Japan, a developed country, and Vietnam, a developing country. Which shows FTAs need not necessarily be signed between economies at the same level of development.

And for those who doubt China’s intentions in its relations with African countries, they should know there is no political game at play in Sino-African trade. Soon after becoming China’s president, Xi Jinping visited Africa on his first overseas trip. His first overseas trip this year, in July, too included African countries, which shows the great importance China attaches to Africa in its foreign policy. In return, many African leaders have visited China, because they too want to further synergize the development blueprints of China and African countries.

Moreover, the recent developments in Africa and the rest of the world could prompt China and Africa to consider more ambitious trade and investment plans. Early this year, the African leaders met in Rwanda and signed the Agreement Establishing the African Continental Free Trade Area, which is a landmark pact that could promote African integration amid the de-globalization, isolationist, protectionist policies being adopted－and the bullying tactics used－by certain economies.

If China and the African countries keep sending such positive trade and economic signals by inking an FTA, which would be one of the most sizable in the world in terms of the population, they would inject new vitality into the global economy.

And for the FOCAC summit, which is themed "China and Africa: Toward an Even Stronger Community with a Shared Future Through Win-win Cooperation", such an FTA would be a concrete step toward achieving the goal of mutual prosperity by institutionalizing Sino-African economic activities.