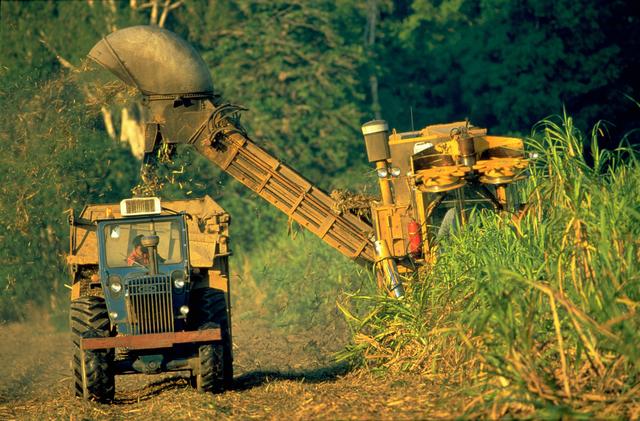 Andrew Robb pushes for a US sweetener in TPP

TRADE Minister Andrew Robb is pushing for greater access to the US market for Australian sugar exports as expectations mount that the giant 12-nation Trans-­Pacific Partnership could be wrapped up by May.

The Australian understands that access for sugar to the US market has been a key focus of the government’s final push on the TPP. Sugar was not included in the US free-trade agreement when it was signed a decade ago and sugar exporters were dis­appointed with the outcome of last year’s trade deal with Japan.

The Australian has been told there is a very real prospect that TPP negotiations could be concluded by May, clinching a trade deal covering 12 countries representing 40 per cent of global GDP.

“There is no doubt that the end is within reach, but at the end of the day nothing’s concluded until everything is concluded and the final part of any trade negotiation is always the most difficult,’’ Mr Robb said.

The government was continuing to push for the best possible market access outcomes for Australia in areas such as agriculture and services, he said.

Labor last week demanded the government release detail on the TPP negotiations, obtaining a Senate order requiring a government statement on the issue.

The opposition trade spokeswoman, Penny Wong, said the government had failed to take parliament into its confidence on TPP negotiations regarding its priorities and how it was conducting the negotiations.

Mr Robb rejected claims of a lack of transparency, saying the terms and conditions of the negotiations, which were typical of all trade negotiations, were signed by the Labor government.

Once the text was agreed to, it would be subjected to parliamentary scrutiny, including an inquiry by the joint standing committee of treaties.

He said Labor was playing politics and other groups opposed to trade had been engaged in a baseless scare campaign to undermine Australia’s involvement by making false claims. These included that entering the TPP would undermine the health system and leave Australian open to being sued by foreign multinationals.

Negotiations started in 2008 on an agreement covering not just traditional areas of trade such as agricultural access, but modern ­issues such as e-commerce, intellectual property and investment flows.

The government argues the agreement would be “transformational’’, giving Australian goods and services exporters access to new markets in countries where the nation does not have trade agreements such as Canada, Mexico and Peru. It could also improve market access to the US, Japan and New Zealand where Australia has trade deals.

“Not only will it afford new levels of market access for our goods, services and investment, but it will also put in place the architecture and common set of trading rules to allow for more seamless trade between 12 countries accounting for 40 per cent of the world’s economy,’’ Mr Robb said.