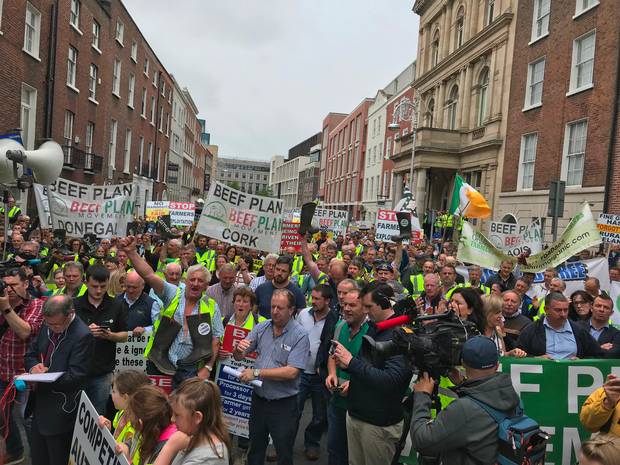 The Government has been accused of throwing farmers under the bus with the Mercosur trade deal.

Farmers are protesting outside the Dáil as the House prepares to debate a motion on rejecting Mercosur this evening.

The deal would see greater access to the EU market for four South American countries, with farmers fearing it will undermine their exports.

Sinn Féin leader Mary Lou McDonald has tabled a motion calling for it to be rejected by the Dáil.

"You say that this deal needs to be assessed and tested," said Ms McDonald.

"It sounds to me like you’re quite prepared to throw farming families under the bus, if it suits the interest of...maybe bigger corporate interests who might wish to export into the large South American market.

Ms McDonald’s comments come as there were angry scenes outside Leinster House with one farmer confronting Fianna Fáil’s Jackie Cahill.