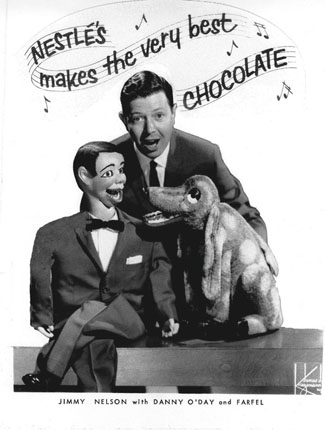 "What you are seeing is an act of corporate ventriloquism," says Pat Choate.

An aggressive lobbying and PR campaign aimed at defeating the proposed free trade agreement with Korea has amounted to nothing. Groups representing American workers and domestic producers have spent hundreds of thousands of dollars on ads in Capitol Hill publications such as Politico and Roll Call, describing the economic harm these trade deals will cause Americans. They claim that there will be higher trade deficits, lost jobs and a continuation of unfair foreign trade practices that have crippled the U.S. economy.

But when it came time for the Senate to debate the merits of the trade agreements, not a single member of the Senate Finance Committee, Republican or Democrat, made a negative comment about the deal.

Democratic senators, those who would most likely be opposed to the agreement, were effusive in their support. Committee Chairman Max Baucus said the agreement will "improve American competitiveness and create jobs." It will open the Korean market, "increase U.S. exports and grow our economy," he added. "It is time to act."

Sen. Kent Conrad (D-N.D.) said the trade deal "represents a significant step forward for the country and my state." He also said that the pact would "create new jobs and level the playing field for U.S. exporters."

Sen. John Kerry (D-Mass) said: "Obviously every one is in agreement that [the Korean FTA] will open markets, help America competitively and do what we need to do to help us compete with China. . . We all agree with that." Senator Bill Nelson (D-Fla.) said: "It looks like we are going in the right direction."

There was no discussion of issues raised by opponents concerning the lack of provisions that would require Korea to stop manipulating its currency to the advantage of its exporters. None of the 24 senators on the Finance Committee talked about how Korea would be allowed to continue rebating value added taxes to exporters, thereby providing them with an unfair advantage over American competitors. There was no discussion of the fact that U.S. auto producers would be limited to selling 75,000 cars into Korea, subject to conditions, while no numerical restrictions would be placed on Korean car exports to the United States. There was no debate over the "photo sanitary" provision in the agreement that allows Korea to eliminate agricultural imports from the United States with no recourse.

Senators did not raise the U.S. International Trade Commission analysis that described how the Korea deal would lead to a net loss of American jobs. Nor was there any discussion about how Korean products that contain up to 65 percent Chinese content can be shipped into the United States, in effect legalizing trans-shipments of goods that would otherwise face duty charges. There was also no mention of the contentious issue of allowing North Korean goods to be exported through South Korea into the U.S. market. None of the senators present at the trade agreement "Mock Up" in July called attention to the Kaison Industrial Park located six miles inside the North Korean border. The complex employs 40,000 low-paid North Korean workers, and plans to add hundreds of thousands more, given that goods produced there will gain free access to the U.S. market.

The senators did not discuss the fact that in surveys and polls, a majority of Americans are against the free trade agreements that have been signed, viewing them as having helped wreck the American economy.

The senators were taking their cue from President Obama and his economic team, who are on board the free-trade agreement express. After the disappointing June job numbers were released on July 8, Obama stated that the way to grow the economy and add jobs was by passing the free trade agreements. "That could be done right now," he said. His chief economist Austan Goolsbee stated that the weak jobs report, which unexpectedly increased the official unemployment rate to 9.2 percent, "underscores the need to pass the pending free trade agreements."

In what has become a typical development that underscores the dysfunctionality of Washington, every Democratic member of the Senate Finance Committee voted in favor of passing the Korea Free Trade Agreement, while every Republican member was opposed.

In an e-mail blast seeking Americans to contact their elected representatives to defeat the Korea Free Trade Agreement, "Economy in Crisis," the website created by Macy Block, states, "If the KORUS FTA is approved by Congress, it will be the final nail in the coffin of the American economy."

Manufacturing & Technology News asked some of those making arguments against the trade agreements why they have failed to penetrate the heads of the senators who were so ardently in favor of the deal.

"What you are seeing is an act of corporate ventriloquism," responds economist, former vice presidential candidate and Reform Party official Pat Choate. "The senators’ mouths move, but it’s the hand up their back of the corporations who are financing them."

In what has become a typical development that underscores the dysfunctionality of Washington, every Democratic member of the Senate Finance Committee voted in favor of passing the Korea Free Trade Agreement, while every Republican member was opposed.

Choate, who was responsible for writing some of the anti Korea Free Trade Agreement advertisements, says elected officials are driven by the need to raise campaign funds from large companies and Wall Street. "It’s disheartening and sad for somebody like me who believes in representative democracy to see the country slipping back into the 19th century when senators represented various corporate interests," says Choate. "Small business groups, organized labor, and the public are against these deals, but we are powerless."

Choate says that after being involved in public policy issues in Washington for the past 45 years, "I have never seen the circumstance with a Congress that was less competent and an administration that is just an extension of the Clinton and Bush administrations where the appointed officials — the Geithners and Summers — are stooges for the banks," he says. "This president is spending his time thinking about how to raise a billion dollars to run his campaign," says Choate.

Others agree. "Washington is now being run by and for the large corporate interests, large pharmaceutical companies, big IT and Wall Street banks," says Kevin Kearns, president of the United States Business and Industry Council (USBIC). "They are running the country and the combination of all of these years of alphabet soup trade agreements has destroyed the natural balance that existed previously between smaller manufacturing entities and large manufacturers."

Kearns notes that facts no longer matter in making political arguments. "There has been a seminal change in politics in Washington that makes it much more difficult for people like us to penetrate the consciousness of these politicians who live in a rarified world," he says. "They don’t think things through. Is democracy possible in an advanced society when a congressman’s knowledge is just an inch deep and has to be a mile wide to cover all of these issues? They don’t know very much and they fall back on the articles of faith and sloganeering."

Choate concurs: "Increasingly, you see where ideas and facts and arguments don’t matter. Where do the senators get their numbers when the International Trade Commission comes out the other way? It’s simply a function of campaign cash."

Michael Stumo, executive director of the Coalition for a Prosperous America, which has been actively lobbying against the Korea trade deal, was not willing to venture into why his organization’s efforts have so badly failed. "All I can say is it’s disappointing that they keep repeating arguments that have no basis in reality," he says. "There is no government data indicating that these trade deals are net job creators or make progress toward balancing the trade deficit."

But why haven’t the senators heard that argument? "I can’t answer that," he replies. "We have had discussions with their staff people, but [the threat posed by] state capitalism is the most ripe issue and trade agreements won’t be the first victory" in restoring balance in American trade. "I take a longer view," he adds. "I don’t see any way that we can make huge victories right away. We have to figure out doable strategies to make incremental progress every year. This is a long game."

Scott Paul, executive director of the Alliance for American Manufacturing, says there is no way to convince Republicans that trade agreements haven’t worked. "It is their orthodoxy," he says. "The Club for Growth and the Chamber of Commerce have seminars on this before [representatives] come into office." Congressional members of the Tea party do not view trade as one of their foundational issues and would vote in droves for the trade agreements, even though Tea party activists are overwhelmingly opposed to the trade agreements. "It does not translate into political action — so forget about the Republicans," says Paul

In looking at Democrats, voting in favor of trade agreements carries no political repercussions. "Unless you can actually prove that you can inflict some punishment, it’s not going to have an impact," says Paul. "There is no super structure there like the Club for Growth or Grover Norquist that enforces discipline and that’s what’s needed. You have to fight fire with fire. They enforce that discipline, but Democrats don’t have an entity that does that."

Another factor: the media does not cover the issue of unfair trade, burgeoning trade deficits, and the role trade policy plays in the loss of millions of American jobs. "Just as the unemployed are invisible to the mainstream media, trade is invisible too," Paul notes. "People who consume news through talk radio, broadcast news and cable don’t hear about this. You are not able to have a public discourse like you would on Iraq and Afghanistan and the budget. This has not penetrated into the mainstream except when Ross Perot bought his way into the mainstream media" 20 years ago. There is very little investigative journalism addressing issues associated with the economic and social implications of burgeoning trade deficits.

What will change this equation? Choate says the economic pain is going to have to get a lot worse before it has an impact on the political elite. "I gave a talk to the American Antitrust Association meeting three weeks ago and told them that I am convinced that the only way this is going to break is if there is a general economic collapse, and we’re on the way," he says. "We’re running a $650-billion trade deficit. In two or three years, our debt will equal as a percentage of GDP where we were in World War II. We are hemorrhaging jobs and our leaders are clueless. All they care about is short-term partisan advantage. I don’t think you can change the paradigm until you have a collapse."