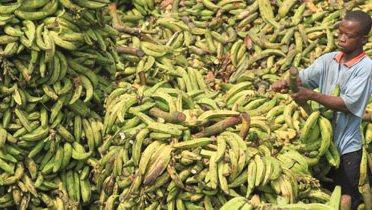 The Tripartite TFA encompassing COMESA, EAC and SADC is touted as a strong enough group to compete globally with powerful economies such as the EU which under EPA may turn African markets into their super market. But African farmers and manufacturers may not be the real winners.

This development was reached following intense lobbying and pressure from Kenya, the EAC most advanced economy and the only non least developed country in the bloc.

Nairobi was desperate to have the EPA agreement initiated because its horticultural producers were facing a new tax regime in Brussels for the EAC’s failure to kickstart the free trade pact which by 2025 will see heavily subsidized European producers export into the EAC or rather Kenya and by implication the EAC bloc, tax free.

In a statement, the EU said that under the proposed EPA trade pact, exemptions are also included and cover mostly agricultural products which remain sheltered from EU competition and to allow time for domestic preparations. The EAC will liberalise progressively to 82.6 per cent of its imports by 2025 after the pact enters into force.

Responding to critics of the deal who fear that the EPA deal will simply unlock about 17 per cent of the bloc’s tariffs barriers because under the EAC Customs Union Protocol, already about 65.4 per cent of imports from across the world are already liberalised.

Tanzania which is a big player in the EAC Customs Union, has indeed benefited from the bloc’s integration although critics argue that while exporting raw materials to feed Kenya industrial base, imports of manufactured goods have also increased tenfold.

A brief background check of EAC’s integration shows very clearly that it has been speeded up and tilted towards trade and economic integration since 2000 following the signing of Cotonou Partnership Agreement between European Union and African, Caribbean and Pacific states.

Since 1975 EU and ACP members signed Lome Convention with a purpose of ensuring that the former’s manufacturing industries get a steady supply of raw materials from the latter’s farmers following most of these countries attaining their independence.

Although the EU/ACP relations under Lome Convention (1975/2000) were very much tailored along colonial lines which encouraged commodity production other than industrial development, African commodities entered the European market duty free.

Thus many of ACP commodities earned premium prices, governments earned revenue through taxes and local markets particularly industries were not disturbed. The biggest setback of Lome Convention is that it stalled industrial development in many ACP countries except a few like Tanzania where Mwalimu Julius Nyerere’s leadership strongly invested in industries.

Over a decade or so after Lome Convention, a new much more liberal trade pact under EPA is almost concluded between EU and East African Community. Under Cotonou Partnership Agreement, ACP countries which are split in several regional blocs including EAC, Southern Africa Development Community (SADC), Economic Community of West Africa State (Ecowas) are supposed to open up their markets to EU exports including heavily subsidized manufactured goods and agricultural produce.

Critics are thus voicing concerns that under EPAs, local EAC manufacturers will struggle against superior but cheap European manufactured goods which will not pay import duty, a move which will also affect government revenue. But for advocates of global free trade as per World Trade Organization principles, the EAC/EU EPA initialization has paved way for a much more ambitious project to create post independent Africa’s largest free trade area.

Last October, a Tripartite Sectoral Committee of COMESA-EAC-SADC ministers who met in Burundian capital, Bujumbura agreed that the three bloc’s Heads of State and Government Summit scheduled for Egypt mid next month (December 2014) will launch the Tripartite Free Trade Area.

These free market advocates argue that the decision to launch the Tripartite FTA takes into account the fact that the majority of members of the three blocs have already made ambitious tariff offers and were agreed on Rules of Origin to be applied in the interim.

The Tripartite TFA encompassing 26 members or partner states from the Common Market for Eastern and Southern Africa, EAC and SADC is touted as a strong enough group to compete globally with powerful economies such as the EU which under EPA may turn African markets into their super market.

With a combined population of over 625 million people and a Gross Domestic Product of USD 1.2 trillion which account for half of the membership of the African Union and 58 per cent of the continent’s GDP, the advocates of this gigantic project seem to have powerful arguments.

But if one takes a look at the real big winners in this project, it will soon be realized that multinational corporations mostly from Europe, North America and to some extent Asia which have set up base in Cairo, Johannesburg and Nairobi will be real winners.

African farmers will continue producing commodities while the little manufacturing industries available will close shop as government coffers become empty forcing them to become net aid recipient by 2025 if all goes as planned.