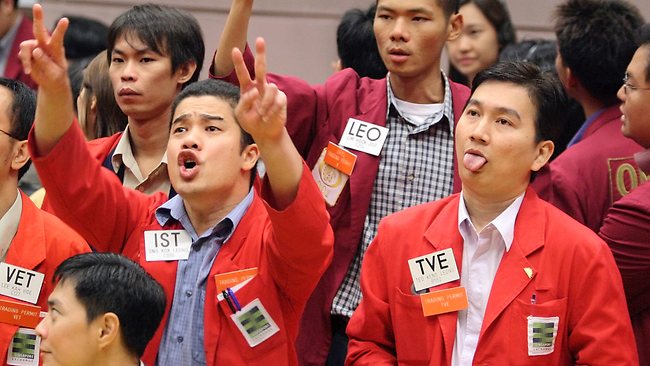 Finance ministers and central bank governors from the Association of Southeast Asian Nations met here Monday to set deadlines for steps toward financial integration through 2025. The ASEAN Economic Community, launched at the end of 2015, has brought a certain amount of success in lowering tariffs and otherwise liberalizing the trade of goods. But efforts to remove financial market barriers are lagging.

Under the ASEAN Banking Integration Framework, the core of the effort, banks within the bloc that fulfill certain requirements are designated "Qualified ASEAN Banks," letting them do business in all member states. Monday’s timeline sets the goal of recognizing two such banks in the next three years.

The QAB system has been studied on a limited, trial basis through bilateral agreements, such as that signed between Thailand and Malaysia in March. Having ASEAN put its weight behind a specific target for broader implementation marks a step forward for regional integration.

The new timeline also calls for creating by 2025 a system letting eight of the 10 ASEAN members share bond market disclosures and a framework for retail investors to buy government bonds. Those policies aim to make fundraising within the bloc simpler and more flexible, speeding infrastructure development.

Other elements of the plan are less ambitious. Stock exchanges in Singapore, Thailand and Malaysia in 2012 established the so-called ASEAN Trading Link, allowing mutual market access for investors in the three countries. Monday’s plan calls for at least one other country to join the system by 2025 — a fairly low bar.

The gap between those flourishing equities markets and underdeveloped financial markets elsewhere in ASEAN is a barrier to higher participation. Trading on Myanmar’s Yangon Stock Exchange has only begun since the end of March. The Lao Securities Exchange, opened in 2011, is home to just five listings. Even on the Philippine Stock Exchange, home to a number of high-profile companies, total market capitalization at the end of 2015 was less than 40% of that in Singapore. Authorities in those countries fear financial instability if barriers are suddenly torn down, necessitating a more cautious approach.

Measures to close the gap between more and less financially developed member states are in the works, but remain in their infancy. Participants agreed in the joint statement resulting from Monday’s meeting to take action such as promoting access to financial services among the poor, though few specific measures were named. Integrating financial markets is a vital step as ASEAN members pursue deeper economic ties. More concrete discussion is necessary.