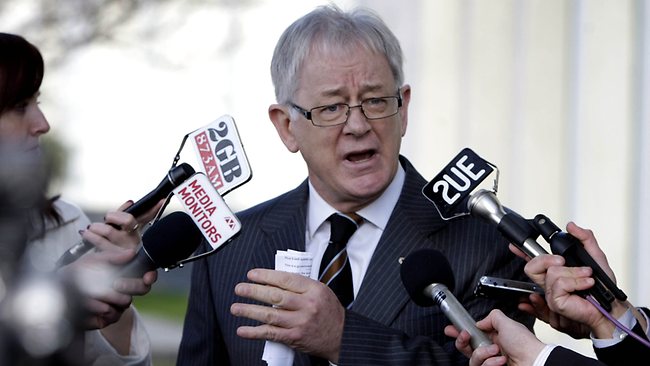 Australia scores ’most favoured nation’ provisions in FTA with China

Australia’s biggest-ever bilateral trade deal is set to grow much bigger, with China agreeing to a special ratchet clause that will ensure that future benefits conferred to other countries will flow automatically to Australia.

The much-coveted "most favoured nation" provisions in the China-Australia Free Trade Agreement have been kept under wraps at the request of Chinese neogitators, who were pursuing a parallel deal with South Korea.

"It means that we will automatically receive the same treatment provided by China to any other country in the future including the EU and the United States."

Australian negotiators, analysts and industry bodies were surprised at the range of liberalisation commitments that China committed to during President Xi Jinping’s visit to Canberra in November.

The full text, which will not be released until later this year, will inluded unprecedented commitments over a range of services sectors including education and financial services.

Some China analysts speculated that Mr Xi may have been using the Australia trade deal as a lever to liberalise his own economy, which is starting to strain under the weight of bad debts and rash investments.

The previously-unreported MFN mechanisms take the deal to another level.

Australian negotiators are most enthused by potential MFN gains on the investment side. The "prize" will be a special "negative list" feature that China looks set to provide the US under a bilateral investment treaty, which would greatly increase the range of Australian investment opportunites.

Similarly, Australian fund managers could potentially gain majority ownership rights in Chinese counterpart firms, up from a ceiling of 49 per cent in the existing FTA, if the US manages to get what it is seeking.

"This MFN clause was something we had long sought but didn’t really believe we could get," said Geoff Raby, the former ambassador to China who had been involved with negotiations for a decade before stepping down to take on corporate directorships and advisory roles.

"It is a big achievement by Robb and the team to have secured this."

Mr Robb told Fairfax Media that the MFN provisions will apply to investment and services chapters.

He said a separate review mechanism has been built into the "goods" provisions, which will apply three years after the agreement enters into force and then every five years thereafter.

"On most fronts, if not all, those will be protected, locked in, in the future when China make concessions with other countries," said Mr Robb.

"Overall this means we have substantially [greater] preferential arrangements than any other trading partner."

Dr Raby, a director of Fortescue, said there had been considerable political resistance on both sides when he first floated the idea of a China trade deal to his ministers in 2003, when the Howard Government was concluding a trade deal with the US.

He said Chinese officials had been been anxious that they had paid too high a price for accession to the World Trade Organisation and Australians were unhappy at having to grant China "market economy" status even before negotiations had begun.

"It was the first time a developed country had engaged China on this idea," he said.

Dr Raby said the MFN provisions would be particularly important for investors because China was negotiating an ambitious bilateral investment agreement with the US.

"It is extremely valuable as it preserves our position as China negotiates other FTAs so the benefits which we have ’paid’ for in the negotiations can’t be whittled away," said Dr Raby.

Jennifer Westacott, Chief Executive of the Business Council of Australia, said the MFN deal would keep Australia "on a level playing field with key competitors for valuable trade with what is the growth engine of the world."

"This opens the door to deep access to Chinese markets and a greater capacity to further diversify the Australian economy," she said.

Tim Harcourt, former chief economist at Austrade, agreed that the China deal had surpassed expectations but he also warned that great challenges lay ahead in the implementation.

"At the end of the day it’s the internal decisions you have to deal with in China, where so much is determined by administrative fiat," said Dr Harcourt, now a lecturer and researcher in the MBA program at the University of NSW.

"FTA or no FTA, you still have to have those connections to get your deal up," he said. "You’ve got to have the [Chinese Communist Party’s] blessing right down through the ranks."