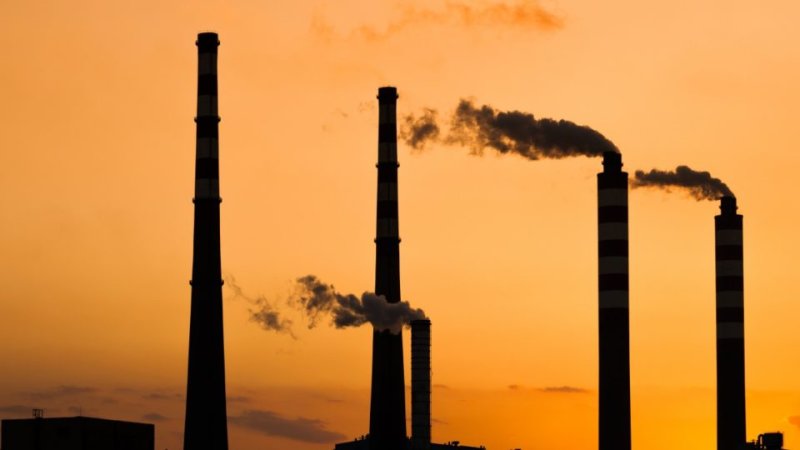 Australia is set to come under increased pressure on climate change this year after French officials insisted the Morrison government’s carbon emissions targets are not ambitious enough to fully comply with the Paris agreement.

The French officials’ comments come at a sensitive time because Australia is currently negotiating a free trade agreement with the European Union, which EU negotiator Helena Konig and French President Emanuel Macron have said must include a clause requiring full implementation of the Paris agreement.

In a briefing in Paris the officials lavished praise on the role of Pacific Islands nations and New Zealand in climate change negotiations while slighting Australia’s efforts with faint praise, and held out the hope of a stiffening of Australia’s ambitions after the federal election.

Coal is expected to be Australia’s largest export this year. Caria Gottgens

"Australia is as constructive as it can [be] in the climate change negotiations but frankly not ambitious enough in terms of its NDCs and ambitions. Hopefully it can become more ambitious over time."

NDCs – nationally determined contributions – are the commitments made by individual nations at the Paris talks.

In an apparent reference to the federal election expected to be held by May 18, for which Labor is campaigning on more ambitious carbon targets and leading in opinion polling, a second official said, "We know that things may happen in Australia this year, and we hope of course that the ambition of Australia will increase over time".

The remarks underline Europe’s frustration with backsliding by countries such as the United States, which wants to pull out of the Paris agreement, Brazil, which is toying with pulling out, and Australia and other nations that claim the energy intensive nature of their economies entitles them to deliver smaller emissions cuts.

The Morrison government has stuck with the carbon targets agreed to at the Paris talks in 2015, which require Australia to reduce its carbon emissions by 26-28 per cent from 2005 levels by 2030. The target would be reduced to about 15 per cent if the government insisted on being able to carry forward the "overachievement" against past "Kyoto" targets, a tactic comparable nations have ruled out.

Australia’s climate change negotiators must also return to the United Nations in New York in September to finalise the "rule book" for international carbon markets, which couldn’t be agreed at the COPS24 talks in Katowice, Poland, last December despite pressure building for signatories to pursue policies that would limit global warming to 1.5 degrees above pre-industrial temperatures.

Australia is expected to come up with new, improved emissions targets by 2020 under the Paris agreement, which contains an overriding agreement – beyond the individual nations’ targets – to limit temperature increases to "well below" 2 degrees.

The French officials agreed with scientists who say existing commitments would mean global temperature increases of more than 3 degrees. But they were not ready to embrace a new target of 55 per cent emissions cuts recommended by an EU committee two weeks ago, which several European nations have pushed back against.

Last September the Intergovernmental Panel on Climate Change issued a scientific report that concluded coal power would have to be virtually eliminated and agriculture changed dramatically to achieve the 1.5 degree target and avoid more frequent dangerous heatwaves, droughts, floods and tropical cyclones as well as irreversible damage to coral reefs such as the Great Barrier Reef.

Coal is expected to be Australia’s largest export this year, with sales of $67 billion across thermal and steel-making coal.

The French officials laid out a series of priorities for climate negotiations including getting the Paris agreement "fully implemented", raising national ambitions for carbon cuts and getting more ambitious commitments from the signatories by 2020.

No coal, no ’double counting’

They said the Group of 20 leading economies – which includes Australia, the US, Japan and Britain as well as France, German, other leading European nations and emerging giants India and China – must take the lead in cutting emissions because they are responsible for four-fifths of global emissions.

France has banned its development aid agencies from financing coal power, and the officials said they wanted the equivalent agencies of China and Japan - the largest funders of global coal power projects - to follow suit and support renewable energy instead, because of the benefits in terms of reduced carbon emissions and improved health outcomes that would likely result.

They noted that Australian officials played a constructive role in technical aspects of climate talks – such as rules for carbon markets and actions to mitigate damage to coral reefs.

But they said they were counting on a strong rule book on carbon markets to emerge from the UN talks in September to prevent any "double counting" – such as the tactic of carrying forward past overachievement – and maintain the integrity of the Paris agreement.

"That’s what we mean by environmental integrity – real reductions in emissions, no double counting," an official said.