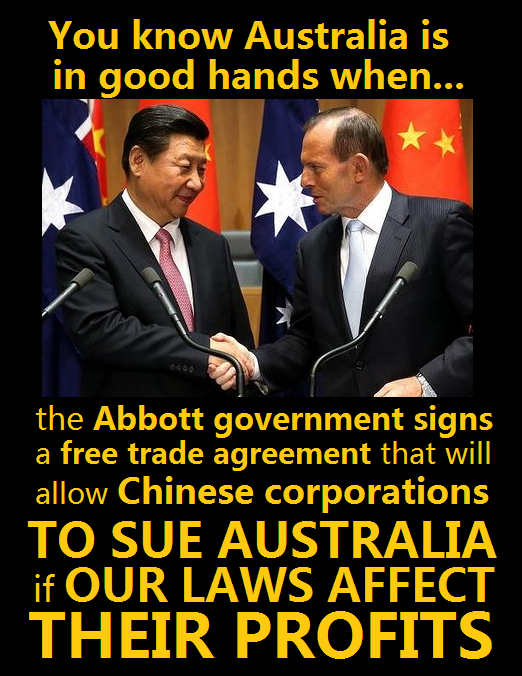 The Senate inquiry, which was announced on Tuesday afternoon, will look into the agreement’s impact on Australia’s economy and trade, domestic labor market, investment and cultural policies.

Australian Associated Press reported that the Labor-initiated inquiry would also review the agreement to ensure it’s in Australia’s national interest.

Full details of the Australia-China FTA are yet to be published. But Trade Minister Andrew Robb announced in early March that a significant breakthrough had been made in the free-trade talks with China when he said Australia had secured the much-coveted ’most favored nation’ provision in the Agreement.

The most-favored nation clause is recognized by the World Trade Organization and sees parties agree to specific trade advantages.

The clause would put Australia on the same footing as the European Union and the United States in terms of trade with China.

Until news of the Senate inquiry was revealed, a memorandum of agreement had been signed by the countries’ leaders, with the final document being checked by lawyers, and the texts in Chinese and English then being closely checked to ensure alignment.

The deal was then supposed to be assessed by Australia’s parliamentary Joint Standing Committee on Treaties and, in Beijing, by the standing committee of the National People’s Congress before possible ratification later this year.