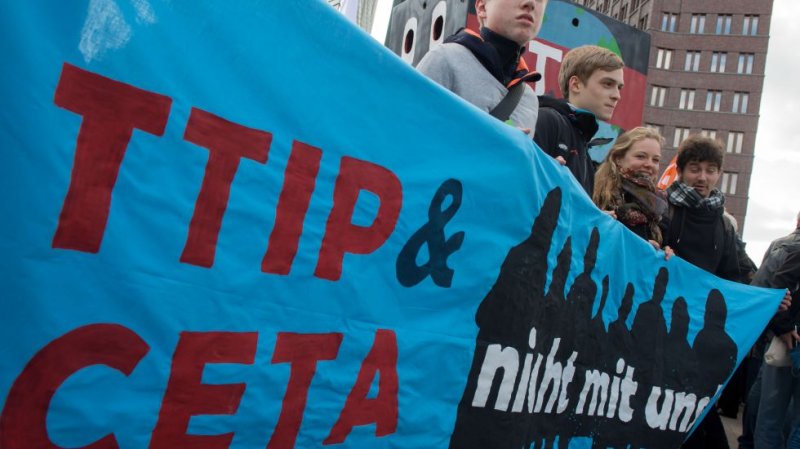 Austria’s economy minister said talks on a EU-U.S. free trade agreement should be halted, adding his voice to an increasingly polarized debate on both sides of the Atlantic over whether to keep the negotiations going.

But chances of doing so are being eroded by approaching elections, fallout from Britain’s June vote to leave the European Union and a groundswell of critical opinion, notably in the EU’s biggest economies Germany and France.

"One should stop the negotiations now and start the entire process afresh," Reinhold Mitterlehner, a member of Austria’s conservative junior coalition party who is also vice-Chancellor, told ORF radio on Wednesday.

U.S. elections in November could be a starting point for a new attempt, he said. "Only the greatest optimists expect that (TTIP) can be completed this year," Mitterlehner told the APA news agency.

French Trade Minister Matthias Fekl said on Tuesday he would request a halt to the TTIP talks at an EU trade ministers’ meeting next month.

At the weekend, German Economy Minister Sigmar Gabriel said the talks were "de facto dead", though Chancellor Angela Merkel backs the talks and Italy’s trade and industry minister said it was essential they bore fruit.

In Austria, public opposition is strong due to concerns the agreement might lower food safety standards and threaten European business.

A spokesman for Chancellor Christian Kern said there were still many open questions and he was quite skeptical about the TTIP negotiations. Kern is due to hold a press conference on TTIP on Friday.