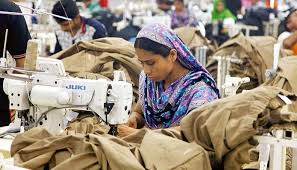 BD-US trade: GSP gone, FTA not in near future By Asjadul Kibria

Early this month, the United States-Bangladesh Trade and Investment Cooperation Forum Agreement (TICFA) Council held its fifth meeting in Dhaka. Though there was no concrete outcome in the meeting, media reports suggest that Bangladesh expected some breakthrough in reinstating the Generalised System of Preference (GSP). In the meeting, Bangladesh side pushed for reintroduction of the GSP and also requested to provide preferential market access to the US market. The US side did not concede to the request.

Suspension of GSP The US stand was neither unpredictable, nor new. Since the suspension of GSP benefit for Bangladesh in June 2013 in connection with the worker rights and work place safety issues, several attempts were made by Bangladesh for reinstating the trade benefit. As a matter of fact, at the time of the suspension, the US provided an action plan to address worker rights and safety issues. Rana Plaza disaster that killed at least 1,132 garment workers and injured more than 2,500 in April 2013 prompted the US to suspend the trade benefit. The US also made it clear that implementation of the action plan would be the ultimate ’basis for considering the reinstatement of GSP trade benefits’.

There is no doubt that Bangladesh has made significant progress in meeting many of the US-outlined plan’s objectives. There is visible improvement in work place environment and workers’ safety and security. In the TICFA council meeting, when the US side expressed concern ’at the pace of reforms intended to guarantee workers’ rights and safety standards’ especially in readymade garment industry, Bangladesh side presented a progress report on labour rights and compliance situation.

It is to be noted that only around 1.0 per cent of Bangladeshi exportable items enjoyed GSP benefit in the USA in the form of tariff-free access. For instance, Bangladesh’s total export to the US in 2012 was $4878.60 million of which only $34.60 million worth of shipments were under GSP scheme. The main items exported under GSP benefit were: plastic-products, ceramic-products, golf-products and carpet products. Thus suspension of GSP has very little impact on Bangladesh’s export to the US.

CURRENT STATUS: As of December 2019, there were 119 developing countries including 44 Least Developed Countries (LDCs) that enjoyed the benefit. Around 3,500 products are generally eligible for duty-free treatment from all GSP beneficiaries. In addition, some 1,500 articles of LDCs are eligible for tariff-free market access.

Suspension of GSP by the US is, however, not a very unusual thing. GSP was introduced by the US in 1976, and subsequently, it went through a series of changes. A number of GSP beneficiary countries have faced suspension or termination of the benefit for different reasons. For instance, in October last, the United States Trade Representative (USTR) announced suspension of some $1.30 billion in trade preferences for Thailand under GSP because of its ’failure to adequately provide internationally-recognised worker rights.’ The suspension will be effective from April this year and around one-third of Thailand’s GSP trade will be covered by it.

Again, in June last year, the US removed India from GSP eligibility criteria through Presidential Proclamation 9902. India has also been classified as a ’developed economy.’ Though India is a self-designated developing country like China, Trump administration has started to re-classify the advanced developing countries on the basis of its own designed criteria. Mr Trump also criticised the World Trade Organisation (WTO) for allowing self-assigned criteria to its members and demanded reform in this regard.

Later in February, the USTR debarred a number of countries including Argentina, Brazil, Hong Kong, Indonesia, India and South Africa from ’getting special preferences under the methodology for countervailing duty (CVD) investigations.’

Bangladesh is also going to graduate from the LDC category in 2024 and it is already a lower-middle income country. Thus, retaining GSP as a LDC will be almost impossible.

MARKET ACCESS: Bangladesh has a longstanding demand for availing tariff-free market access in the US. The average tariff on Bangladeshi imports is 15.40 per cent. In 2019, US customs collected $1.03 billion in customs duties against import of Bangladeshi goods worth $6.68 billion.

Though the Hong Kong Ministerial Declaration of the WTO in 2005 provided a legitimate basis for Bangladesh’s attaining the zero-duty access in the US market, the US refuted it on the plea that it is not legally bound until the completion of Doha Round negotiation.

As the future of WTO looks grim and the Doha Round is likely to be buried, it is clear that Bangladesh apparently has no hope to gain zero-duty market access in the US market. US trade policy in Trump’s regime clearly sidelined the multilateral trade negotiation process and called for bilateral arrangement. Thus, to get preferential treatment in the US, bilateral free trade agreement (BFTA) will be the only option.

Bangladesh has a number of shortcomings in this regard. The country is yet to sign any BFTA with any country. Moreover, any BFTA with the US is not going to be a deal confined to trade in goods and services only. It covers investment, intellectual property right and standards of labour and environment. As the US believes in ’deep integration,’ full liberalisation in goods, services and investment are critical factors. Then there are obligations beyond Trade Related Aspects of Intellectual Property Rights (TRIPS) of the WTO. The so-called ’TRIPS Plus’ commitment will be very tough for countries like Bangladesh. In the latest TICFA meeting, the US side stressed on effective protection of IPR. There is also a requirement of investment protection. Provisions for environment and labour standards are also two critical components for any BFTA with the US.

source: The Financial Express
Bangladesh US
Subscribe to bilaterals.org weekly