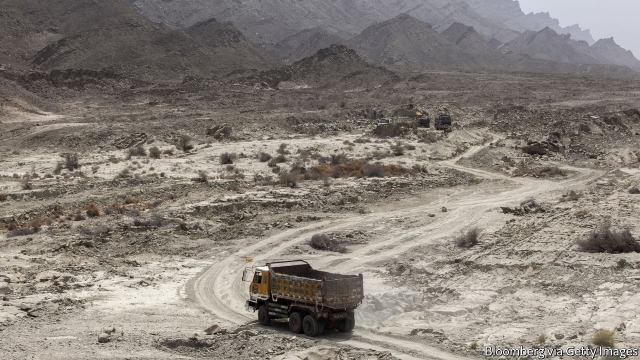 Economic corridors have hardly been as controversial as China’s Belt and Road initiative (BRI). It could have avoided controversies if it had proceeded in a consultative fashion like multi-country cross-border corridors. But consultations on BRI projects began well after its visualisation. While several countries in Asia, Africa and Europe are looking at BRI with business interests, significant hesitations remain over the nature of the initiative. The foremost hesitation with the BRI is with its geostrategic character. A vast project like it can have far-reaching political implications even if it is not aimed at those purposes. Infrastructure building gives owners of infrastructure projects access to resources vital to strategic interests of countries.

Economic corridors, at their very basic level, comprise new land routes cutting across borders. Transcontinental railways links are typical examples. These, while enabling movements of goods, material, and people, produce other strategic benefits for countries building these links. These include the ability to use the links for specific commercial and strategic objectives. New highways and railways within countries help in moving goods faster to ports and people to places for responding to global and local demand. The same rail and roads can be used for moving armed forces to external borders or troubled internal locations for military purposes. Similarly, uses are possible for cross-border rail and road links, such as the Central Asia-China, China-Southeast Asia and China-Europe connections. Technically, of course, railways built by foreign investors in a foreign country do not give them rights to use the same for military purposes. But in the case of BRI, Chinese-funded rail and road projects across Asia might give China, at least hypothetically, such rights, if investments in infrastructure come for a price: compromise of strategic autonomy.

Apprehensions surrounding the BRI hail from China’s dominant position in negotiating with countries on strategic autonomy. Infrastructure-hungry countries scouting for investment are often on a weak ground to bargain in this regard. The prospect of China using the BRI for mounting military offensives might be largely far-fetched and fanciful. But even small concessions, such as the freedom to “develop” several acres of land around the Hambantota port on the southern tip of Sri Lanka might offer the opportunity of building facilities that can have military use.

From an investor’s perspective, access to energy and transport assets in foreign business locations gives significant command over the local economy. Simply put, large investments by Chinese firms in coal-fired energy plants in Pakistan along with Chinese business control over upcoming railway links, makes it easy for Chinese companies to control energy value chains. So is the case for Chinese commercial ownership of gas projects and port facilities in Bangladesh and coal and road projects in Nepal. In Sri Lanka, where transport and energy projects account for 58% and 9% of Chinese investments during 2008-2016, the link is again obvious.

Patterns of Chinese investments in four countries of South Asia—Pakistan, Bangladesh, Sri Lanka and Nepal—all of which are part of BRI, display a tendency to obtain control over natural resources and domestic markets. Both these features have been characters of Chinese investments in Africa, Latin America, Central Asia, South Asia and parts of Southeast Asia. To that extent, the character of Chinese outward FDI has not changed after the BRI. But looked at from the geostrategic perception, these investments might suddenly begin looking ominous. For wary strategic thinkers and defence experts, they might underscore China’s grand efforts to control key resources in regional economies for greater geostrategic influence.

Much of these strategic concerns were brewing during China’s drive for natural resource and infra asset acquisition in various parts of the world for past several years. They could have been addressed by more consultations on the BRI. China is trying to do so now. But it has come rather late. China must convert some major BRI sceptics into its champions. But the success in converting, sometimes, depends more on the converter than those to be converted. Selling BRI as a harmless project needs far more work on part of China than other countries.