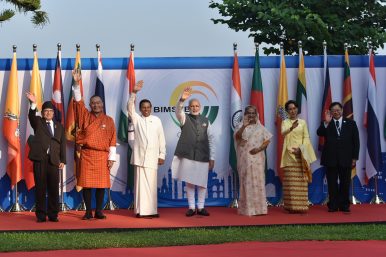 The Bay of Bengal Initiative for Multi-Sectoral Technical and Economic Cooperation (BIMSTEC) is an international organisation involving a group of countries in South Asia and South East Asia.

Islam said that the agreement would help spur growth and development in the region.

He added that the BIMSTEC secretariat needed to be adequately financed as its present budget is a mere USD 1 million.

Further a Ficci report on BIMSTEC suggests funding of USD 2 billion from India and USD 1 billion from other member states.

The BIMSTEC region is home to over 1.5 billion people which constitute around 22 per cent of the global population.