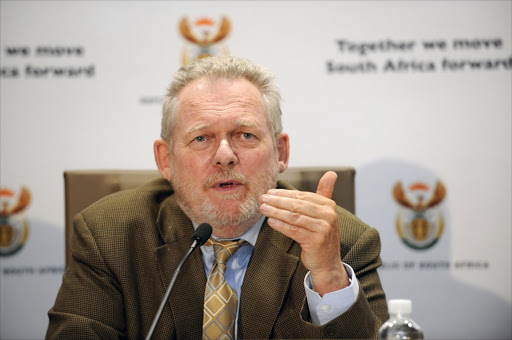 Brexit will not disrupt trade relations between UK and SA, says Davies

Brexit will not disrupt trade relations between the UK and SA, says trade and industry minister Rob Davies.

In an interview, Davies said the Southern African Customs Union (Sacu), of which SA is part, is close to finalising a deal with the UK to replicate the existing economic partnership agreement which the customs union has with the EU. Sacu is a customs union in Southern Africa which includes SA, Botswana, Lesotho, Namibia, and Eswatini (Swaziland).

The UK is due to leave the EU with or without a deal in March 2019. With no deal in place, Britain would immediately fall outside the EU’s trade regime.

The UK, a major investor in SA, is the world’s sixth-biggest economy, with a GDP nearly nine times the size of SA’s. The country was SA’s sixth-largest global trading partner in 2017, with total trade at R79.5bn.

“In terms of Brexit itself we are having a conversation [with UK authorities] and we are pretty close to finalising the agreement as Sacu which will be a rollover of the economic partnership agreement we have with the EU. That should ensure that there is no interruption of our trade with Britain once it leaves the EU, however it leaves. Whatever happens we will have an agreement in place,” said Davies.

In November British high commissioner to SA Nigel Casey confirmed that the UK is engaged in negotiations with Sacu to ensure that there is an agreement in place in the event that the UK leaves the EU without a deal, though it will not have any force and effect in a negotiated withdrawal as transitional arrangements — including the continuation of the economic partnership agreement between Sacu and the EU — will apply until end-2020 or end-2022 at the latest. Casey said having an agreement in place would provide clarity and certainty to Southern Africa and UK exporters.

Davies said the Brexit issue offered important lessons for Africa as the continent pushes to implement the Continental Free Trade Area agreement. In July, SA joined almost 50 other countries on the continent in signing the agreement that aims to create a single continental market for goods and services, with free movement of business persons and investments.

With about 1.2-billion people on the continent, the agreement is set to create one of the largest free-trade zones in the world.

“The continental agreement is advancing so rapidly. How will we hold it together? It will need to be carefully monitored as we move ahead. It will be important that it remains attractive for others to participate as well,” said Davies.

Intra-African trade remains very low compared to other major regions in the world such as the EU and Asia. Davies said though total trade among African countries is still low compared to other continents, he is hopeful that platforms such as IATF will pave the way to increase trade in Africa.