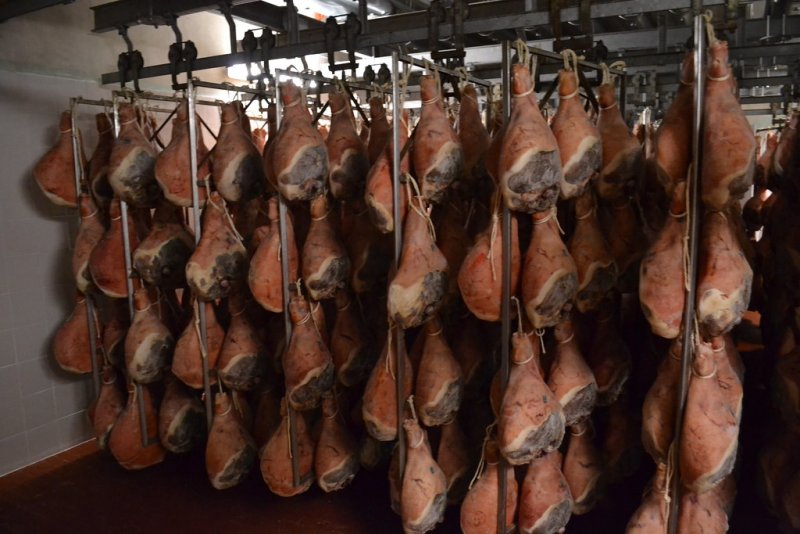 SYDNEY (Reuters) - As Britain’s negotiations with the European Union on a post-Brexit trade deal go down to the wire, Prime Minister Boris Johnson says his country could trade with the bloc on similar terms to Australia, if no agreement is reached.

But Australia itself is far from happy with its arrangements with the EU and is pushing for the better market access that only a fully-fledged trade deal with the wealthy 27-member bloc and its 500 million potential customers would bring.

Now, the bulk of Australia’s 15 billion euros ($18 billion)exports to the EU are subject to tariffs and quotas set under basic World Trade Organisation (WTO) terms.

That’s why Australian exporters are backing Canberra’s moves to strike a new free trade agreement (FTA) with Brussels so they can get the certainty they need to invest and plan.

“If they’re emulating our current access to Europe, it is a fairly fractured and limited access, so it’s an interesting one they’d like to copy,” Andrew McDonald, director of NH Foods Australia, a Japanese-owned beef producer based in Sydney with three processing facilities in eastern Australia, told Reuters.

Britain’s aspirations for its future trading relationship with the EU have been gradually whittled down as disagreements between the two have emerged in often prickly negotiations following Britain’s exit from the EU on Jan. 31.

Attempts by former Prime Minister Theresa May in 2017 to secure a “bespoke” deal with the EU were given short shrift in Brussels. Her successor Johnson acknowledges any deal would have to be based on precedents and has cited the EU’s tariff-cutting 2014 agreement with Canada as a possible model.

As talks stalled this year, Johnson said Britain could also live with an Australian-style arrangement. Given that Australia does not have a free-trade agreement with the EU, domestic critics say the phrase is simply a euphemism for a no-deal.

On Sept. 7, Johnson repeated the view that an Australian-style EU deal would be a “good outcome” for Britain and this has become the government line.

“A negotiated outcome remains our clear preference. However, whether we trade with the EU on terms similar to Canada or Australia, we will be reclaiming our independence as a sovereign nation at the end of the transition period, which is what the British people voted for,” a government spokesman said.

“An Australia-style deal would give us full control over our laws, our rules and our fishing waters, as well as the freedom to strike free trade agreements with other countries around the world.”

In Australia’s case, the lack of an EU trade deal means falling back on WTO terms that impose a variety of restrictions.

Its farmers, for example, can export meat to the EU at reduced tariffs with two tranches, one for “high quality” and one for “grain-fed” beef.

The former is a fixed quantity with a 20% tariff and the latter is tariff-free, but it is shared with other countries on a first-come first-served basis.

What’s more, Australia’s share of the grain-fed quota is set to be squeezed as the EU has yielded to U.S. demands that its farmers take 35,000 of the 45,000-tonne allotment.

McDonald said the quotas have restricted the amount of beef his company can sell to Europe, which in turn has forced him to cut his exposure to the EU market.

“You can’t go through all the processes and the six, seven months of lead time in terms of preparing product to face significant losses on it,” he said.

It was concerns like those that prompted Australia to launch negotiations with the EU in 2018 to try to secure what it called an “ambitious and comprehensive” free trade deal.

Canberra wants to get rid of all EU tariffs on industrial goods, which currently include a 12% duty on minerals and metals, 10% on wood and paper, and 7% on chemicals.

It is seeking to do the same for agricultural exports such as beef, sheep meat, sugar, cheese and rice, which Canberra says are significantly constrained by EU quotas. It recognises, however, that negotiations will be difficult for farm produce.

Australia’s foreign and trade ministry cites other advantages of a deal such as less red tape and alignment with EU’s high standards on sustainable development.

The stakes for Australia in securing favourable terms with the EU are arguably lower than they are for Britain.

The 27 members that now make up the EU accounted for 672 billion sterling ($870 billion) in two-way trade with Britain last year, making the bloc by far its largest trading partner.

China meanwhile accounts for over a third of Australia’s total exports and the EU only accounted for $61 billion of two-trade with Australia.

Yet Canberra sees big potential in an EU FTA.

To be sure, some Australian companies are less than enthused about the benefits of an FTA with the EU as they worry it could have knock-on effects on their domestic businesses.

Australia says Brussels has listed more than 400 food and drink items, such as Feta cheese and Prosciutto di Parma ham, that can only carry those names in both Europe and Australia if they are made by EU producers.

“Our biggest issue is as part of the deal, the EU is trying to prohibit the use of some product names within Australia,” said Sheree Sullivan, CEO and part-owner of Adelaide Hills-based cheese producer Udder Delights in South Australia.

“Some of them are unknown and not used in Australia, but some are - and it will affect small goods, meat cuts, cheese and maybe a few other lines,” she said.