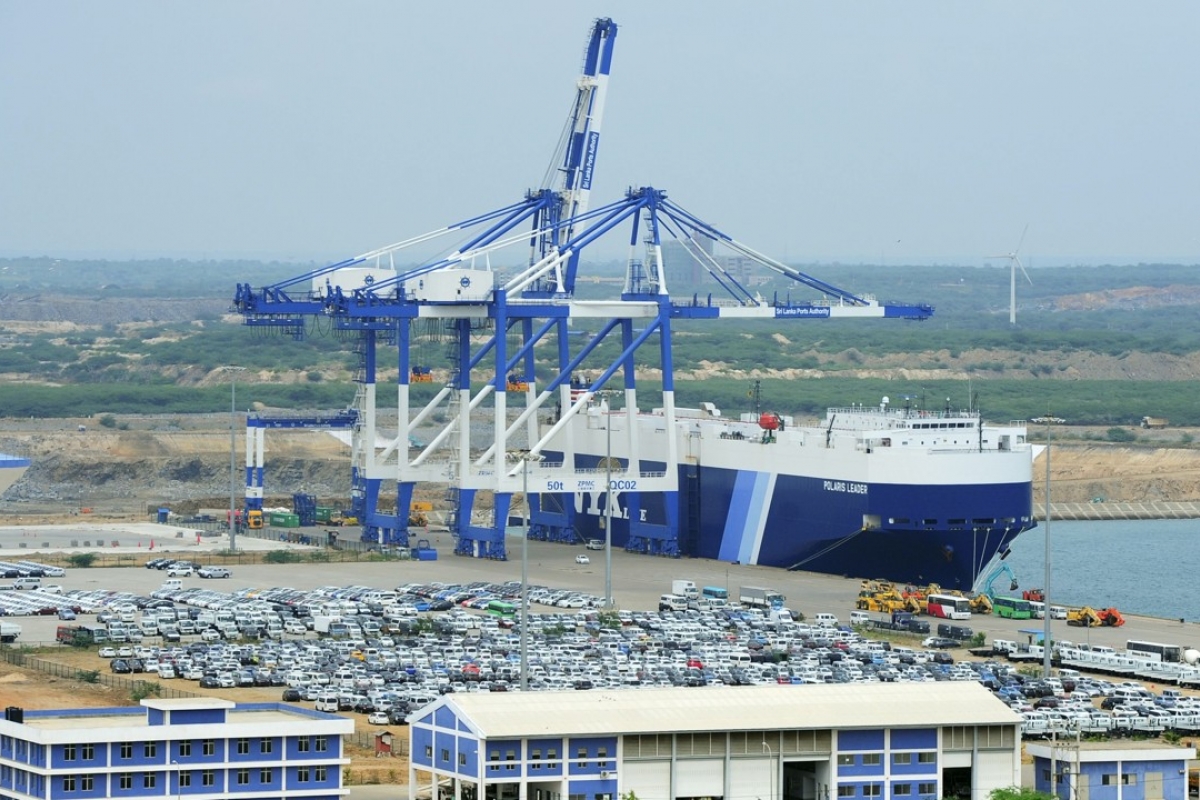 Sri Lanka’s deep sea harbour port facilities at Hambantota. Its government has approved the sale of an 85 per cent stake in the loss-making but strategically-placed deep sea harbour to state-owned China Merchants Port Holdings for US$1.12 billion.

As of October 2020, 138 countries have signed agreements to participate in the BRI. These bilateral accords may identify specific areas of cooperation or simply express a shared intent to collaborate. According to the World Bank, the 71 economies along key BRI transport corridors, including China, account for 35 per cent of global foreign direct investment, 40 per cent of global merchandise exports and 60 per cent of the world’s population.

BITs provide the primary legal framework governing Chinese investments under the BRI. In these treaties, two states agree to grant certain protections to the investments of individuals and corporations of the other. One of the most important is investors’ access to international arbitration in the event of disputes with host states, such as disputes over the expropriation of a foreign investor’s assets. In the absence of a comprehensive multilateral regime, BITs are the most important source of law governing international investments and investor-state disputes,.

China has signed a total of 145 BITs with 130 countries as of October 2020, second only to Germany. In total, 100 countries have signed both a BIT and a BRI cooperation document with Beijing. These 100 countries constitute 77 per cent of total BIT treaty signatories and 72 per cent of all BRI countries. BITs therefore define the legal playing field for potential investor–state disputes in nearly three-quarters of the countries participating in the BRI.

Recent support from Chinese government bodies suggests that BITs will remain the most important legal instrument protecting overseas investments in the context of the BRI. For example, in 2015, the Supreme People’s Court issued guidance in which it endorsed international arbitration for the resolution of BRI-related disputes.

BITs protect Chinese firms that operate, own and invest in the infrastructure projects that constitute most BRI commercial activity. Through build-operate-transfer arrangements or concessions, Chinese companies construct and operate infrastructure projects for fixed periods, typically for 20–30 years or longer. One example is China Merchants Port Holdings’ terminal at Sri Lanka’s Port of Colombo. Under a 35-year agreement, China Merchants Port Holdings first built and now operates Colombo International Terminals as a joint venture with the Sri Lanka Port Authority.

BITs also apply to Chinese firms involved in other types of project arrangements. They cover build-own-operate projects, where companies build, own and operate infrastructure for an indefinite period. Shenzhen Energy’s Sunon Asogli Power Plant in Ghana is one example. BITs also apply to overseas projects in which a Chinese firm holds an equity share, including the Kribi Deep-Sea Port that China Harbour Engineering Company is developing in Cameroon.

BITs do not cover infrastructure projects that Chinese firms simply build as contractors. For these works, Chinese companies are typically only responsible for engineering, procurement and construction. But project types in which Chinese firms act as owners, operators and investors are increasingly common. This makes investor protections more important than ever for Chinese companies.

Specific BIT provisions — or lack thereof — also benefit Chinese companies at the expense of host states. For instance, the majority of China’s BITs lack security exceptions, which can waive a state’s duty to comply with part or all of its treaty obligations when its essential national security interests are at risk. Security exceptions allow states to balance their security and economic interests within the BIT legal framework. Without security exceptions, China’s treaty partners could struggle to legally justify actions taken against Chinese firms on the basis of national security.

Although China is embracing BITs to protect its BRI investments, important concerns remain. The definition of ‘investor’ in many BITs does not distinguish between state-owned and private entities, and the issue remains ambiguous due to a lack of related international arbitration. Two 2017 decisions involving Chinese state-owned enterprises (SOEs) as claimants in Yemen and Mongolia determined that Chinese SOEs qualified as investors protected under relevant BIT provisions, even though the host states argued otherwise. This issue is crucial for China because SOEs have accounted for the majority of outward direct investment and most international mergers and acquisitions in terms of value. Ensuring that SOEs count as investors protects their ability to pursue claims against host states should disputes arise.

It is possible that China may seek to explicitly protect its SOEs in new or renegotiated BITs in the future if there are unfavourable arbitration outcomes involving Chinese SOEs. Some Chinese experts raise concerns that existing mechanisms of international arbitration, most importantly the International Centre for Settlement of Investment Disputes (ICSID), are subject to Western countries’ soft power.

In a departure from past practice, the 2013 China–Tanzania BIT notes explicitly that the definition of ‘enterprises’ includes SOEs. Given that China renegotiated 15 of its early BITs in the 2000s to strengthen investor protections for Chinese firms operating abroad, further such revisions to China’s treaties are possible.

Despite some continuing concerns, China today is deeply committed to the BIT system. Rather than viewing international investment law as inherently threatening or constraining, China now sees it as a valuable instrument for protecting its investments and interests abroad. By relying primarily on BITs to protect its BRI investments, China is actively leveraging existing international rules and norms to advance its national interests.