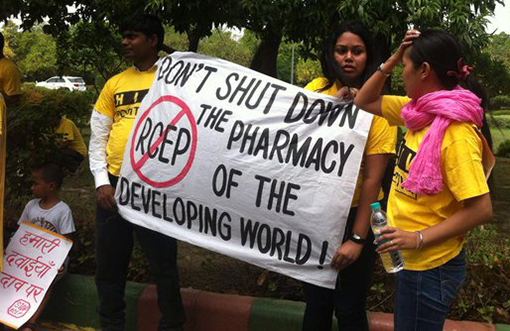 According to MSF, TRIPS-plus provisions like patent term extensions and data exclusivity could hinder access to affordable drugs.

As the next round of Regional Comprehensive Economic Partnership (RCEP) trade talks begin in Vietnam on Monday, humanitarian aid organisation Médecins Sans Frontières (MSF) has called for the removal of intellectual property provisions — known as the TRIPS-plus provisions — from the agreement. The talks are scheduled for August 15-19.

According to the MSF, the TRIPS-plus provisions like patent term extensions and data exclusivity could hinder access to affordable drugs.

The RCEP is a trade agreement being negotiated between the 10 Association of Southeast Asian Nations countries, and Australia, China, India, Japan, New Zealand and South Korea. The RCEP countries are home to nearly half the world’s population, including some of the most marginalised communities living in the three least-developed countries taking part in the trade negotiations, said Paul Lhungdim, President, Delhi Network of Positive People.

Nearly two-thirds of all the drugs MSF purchases to treat HIV, TB and malaria across the world are generic medicines from India; data exclusivity provisions under RCEP could delay the entry of generic medicines, according to Leena Menghaney, South Asia head, MSF Access Campaign.