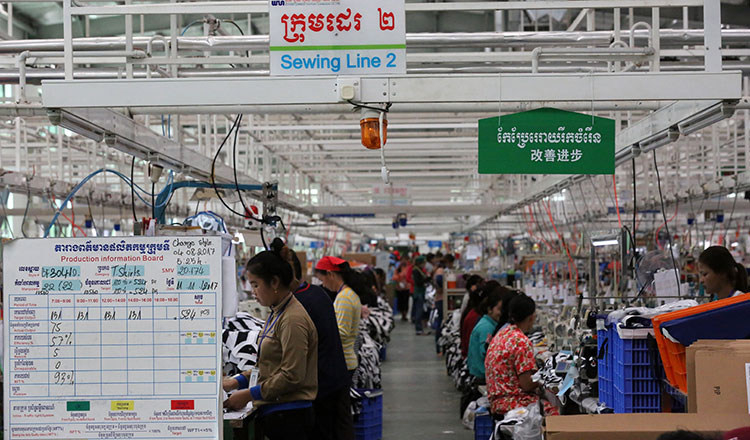 Cambodian officials pleaded last week with representatives of the Eurasian Economic Union (EAEU) to include more Cambodian products into the bloc’s joint tariff scheme during a high level diplomatic meeting in Moscow.

The request was made on May 28 during the second summit of the joint working group between Cambodia and the Eurasian Economic Commission (EEC), in which the two parties agreed to strengthen collaboration in a number of key industries and looked into establishing a free trade agreement.

According to a statement from the Cambodian Ministry of Commerce, both Cambodia and the EEC agreed to further cooperation on the industrial, agriculture and telecommunications sectors, as well as enhance trade and investment, streamline customs procedures, and cooperate on setting industry standards, accreditation mechanisms and sanitary and phytosanitary requirements.

“EEC has also accepted the Cambodian proposal to study the possibility of establishing a framework for the negotiation of a tree trade agreement in the future,” Ms Kamrang said.

The Eurasian Economic Commission, or EEC, is the executive body of EAEU, and is responsible for implementing decisions and upholding treaties.

Both parties also agreed to jointly work on intellectual property issues, and explore the possibility of establishing a working group on digitalisation.

During the meeting, it was also decided that the next summit of the joint working group will take place in Cambodia, thou no specific date was provided to the media.

He said it is important that Cambodia seeks to gain preferential access to as many markets as possible, as well as sign free trade agreements with other nations and economic blocs.

“In this respect, we highly appreciate the efforts and good work done by the government, especially by the Ministry of Commerce, in opening up more opportunities in other markets,” Mr Kaing said.

He said his association has no figures on the value of garment exports to EAEU, but believes the number must be relatively small because Cambodia has no trade preferences in the Eurasian bloc.

“Currently, the European Union takes 45 percent of our exports, the United States 25 percent, and the resulting 30 percent goes to the rest of the world,” he said, adding that most exports to northern Eurasia are subject to import taxes.

“Right now, we have no trade preferences with EAEU, which makes our products there less competitive.

“We must focus on enhancing market access, negotiating FTAs and seeking trade preferences.”

Trade with the Eurasian bloc amounted to $153 million in 2016, a 30 percent year-on-year increase, according to the Cambodian Ministry of Commerce.