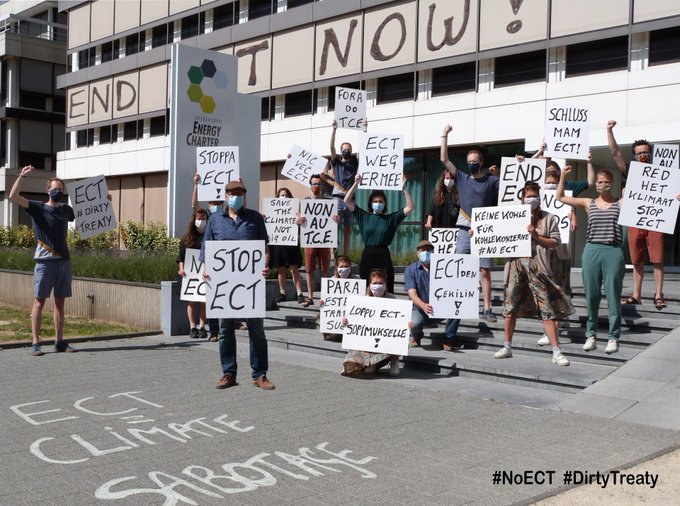 November 8, 2021: In a significant step forward in the campaign against Investor-State Dispute Settlements (ISDS), Australia has announced its withdrawal from its signatory status to the Energy Charter Treaty (ECT), on September 28, 2021. The ECT is an investment agreement that allows fossil-fuel companies to sue governments in international tribunals for climate action policies. Australia signed the ECT in 1994, but never ratified the agreement. The withdrawal removes the possibility of any future ratification or use of the agreement.

AFTINET has advocated withdrawal from such treaties for many years, including in the 2020 DFAT Review of Australia’s Bilateral investment Treaties, where AFTINET argued that ISDS clauses should be excluded from all of Australia’s trade and investment treaties.

Some Australian companies in joint ventures with British or European companies have been involved in ISDS cases using the ECT, relying on the ECT full membership of those countries. These include Aura Energy Ltd, an Australian company also listed in the UK, which threatened a claim under the Energy Charter Treaty (ECT) for US $1.8 billion compensation from the Swedish government for its decision to phase out uranium mining for environmental reasons.

Australia’s withdrawal from the ECT comes amid major debate between the signatories of the ECT about ‘modernising’ the treaty to protect governments’ ability to regulate for environmental protections and climate action.

A number of parties to the ECT have demanded reforms to exclude climate action and environmental protections from ISDS provisions of the agreement, and environmental defenders argue that the treaty must be scrapped in its entirety to ensure governments can fulfill commitments made at the COP26 and in the Paris Agreement to limit global warming to 1.5 degrees.