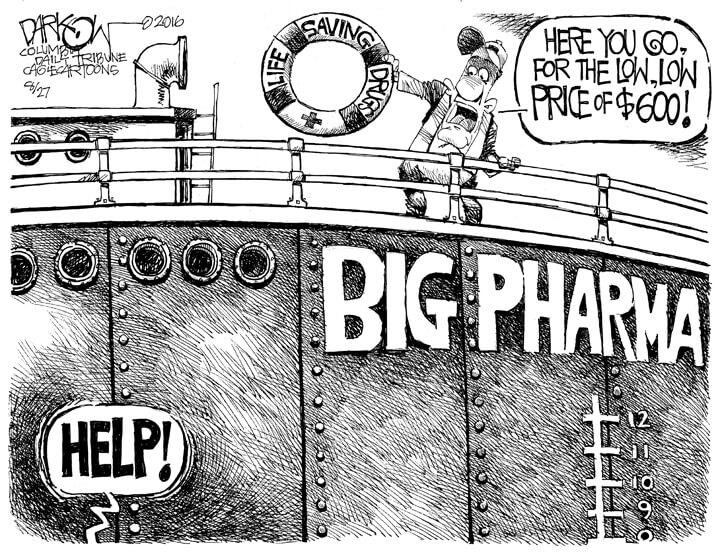 Intellectual property experts are fuming as they sift through the details of the new U.S.-Mexico-Canada Agreement, saying that the free trade deal will hamper Canada’s innovation economy in important ways.

The agreement lengthens the protection on copyright, undermines the ability of governments to enact data localization policies and extends patent protections on drugs in a way that will increase costs for the Canadian health care system.

Moreover, experts say intellectual property laws will protect incumbent players and stifle new innovators in the future, which puts Canada at a disadvantage.

“IP-intensive industries contribute just under $7 trillion annually to the U.S. economy, so this is a good deal for the U.S.,” Research In Motion co-founder Jim Balsillie said in an emailed statement. “Because of decades of failed innovation policies that completely ignored IP ownership, Canada is a large net importer of IP, so this is a bad deal for Canada’s plans to build a 21st-century economy.”

The intellectual property provisions in the deal largely mirror the Trans-Pacific Partnership free trade deal, which the United States abandoned.

While that deal was not well-received by Canadian academics who study IP issues, the early consensus Monday morning is that USMCA is even worse.

“It’s pretty clear on some big issues, and even on some small issues, we caved,” said Michael Geist, Canada Research Chair in Internet and E-commerce Law at the University of Ottawa.

Because American companies have historically been better at playing the IP game, stronger protections help the United States and harm Canada. The new trade agreement lengthens the protection on copyright, undermines the ability of governments to enact data localization policies and extends patent protections on drugs.

“If we had no copyright or any form of protection, then there would be no way for the firms who have invested to monetize,” said Richard Gold, a McGill University professor and founding Director of the Centre for Intellectual Property Policy.

“What we’re really aiming for is, what’s that sweet spot between imposing cost and putting restrictions on innovators who will be coming up with the next generation of ideas?”

When it comes to pharmaceutical drugs — in particular “biologics,” which are cutting-edge drugs derived from biological sources — the deal extends protections to patent holders by two years, from eight to 10 years, which Geist said stands to cost the Canadian health care system hundreds of millions of dollars.

One positive note about the new deal came from Ottawa-based e-commerce giant Shopify Inc.’s Head of Government Relations, Clark Rabbior. The agreement will reduce the taxes that Canadians pay on cross-border shopping.

“Shopify supports the increase in Canada’s de minimis threshold. The previous level of $20 did not reflect how Canadians consume nor did it acknowledge the advancement of ecommerce around the world,” Rabbior said in an emailed statement. “The increase to $150 will help reduce costs for entrepreneurs across Canada and make them more competitive internationally.”