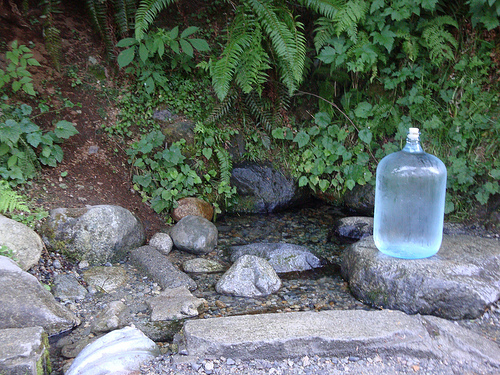 by Brent Patterson, Political Director at the Council of Canadians

The Trudeau government says talks toward a Canada-China Free Trade Agreement could begin as early as February 2017.

While the Harper government expressed support for a free trade agreement with China in 2007, there is a new momentum behind these talks. In December 2015, China’s ambassador to Canada, Luo Zhaohui, stated, "At the policy level, we need to start the negotiation and conclusion of a free trade agreement sooner rather than later." In June 2016, The Globe and Mail reported, "[Trudeau] has made re-engagement with China a key foreign policy initiative as his government presses for a free-trade deal with the world’s second-largest economy." And in August 2016, the Canadian Press reported, "After meeting with Trudeau, [Chinese premier Li Keqiang stated] that Canada and China will launch a feasibility study on an eventual free-trade deal."

A free trade agreement with China would likely include an ’investment protection’ provision that would make it that much harder to subsequently constrain the growth of the tar sands or to reject new pipelines.

In February 2013, Chinese state-owned CNOOC Ltd. purchased the Canadian oil and gas giant Nexen Inc. for $15.1 billion. At that time, Reuters reported, "[With this takeover} CNOOC gains control of Nexen’s Long Lake oil sands project in the oil-rich province of Alberta, as well as billions of barrels of reserves in the world’s third-largest crude storehouse – the oil sands in the province of Alberta." And in August 2009, PetroChina Co. Ltd. (whose parent company is the state-owned China National Petroleum Corp.) bought a 60 per cent interest in two undeveloped projects near Fort McMurray that contain an estimated 5 billion barrels of tar sands oil.

The Globe and Mail has noted, "China wants to forge a historic free-trade deal with Canada, but a senior Chinese official said this will require Canadian concessions on investment restrictions [notably in the oil and gas sector] and a commitment to build an energy pipeline to the coast." In September 2016, CTV reported, "[Former Conservative prime minister Brian] Mulroney says that growing trade between Canada and China depends on Trudeau approving the Energy East Pipeline. Mulroney [says] Trudeau ’could have a nation building exercise that would then allow him to service the Chinese and others more beneficially for Canada’, if Energy East and other pipelines are built."

Estimates vary, but in 2011 it is believed tar sands operations used about 170 million cubic metres of water, the same amount of water as 1.7 million homes in Canada. The tar sands also create 250 million litres of toxic waste every day.

The rapid industrialization of China has consumed massive amounts of water and has contributed to a terrible water crisis there. It has been estimated that 90 percent of groundwater in their cities and 75 percent of their rivers and lakes are polluted and as such some 700 million people drink contaminated water every day. It has also been forecast that by 2020 there could be as many as 30 million environmental refugees in China due to water stress.

Because of that water pollution, China sees Tibet as a source of bottled water. Last week, The Globe and Mail reported, "Using tax breaks and other forms of government encouragement, the country wants its companies to bottle five million tonnes a year of Tibet water by 2020 and double that by 2025. Companies are siphoning water from sacred mountains like Mount Kailash and protected areas, including Mount Everest. One firm, Qomolangma Glacier Water, has built its bottling operation inside the Qomolangma National Nature Preserve."

It’s not unreasonable to think that China might also see Canada as a source for bottled water. Canada could also be promoted as a country ready for China’s water-intensive industries.

In May 2011, Globe and Mail columnist Eric Reguly wrote, "A UBS Investment Research study implies that water-intensive industries will have to migrate from water-scarce to water-rich regions of the planet. China’s semiconductor industry shares a troubling feature with China’s steel industry: Both use outrageous amounts of water in a country where water resources are getting scarce. Once you understand that China has to phase out its thirstiest industries or risk starving itself, you might see how water-rich Canada could emerge as one of the world’s great manufacturing countries."

Reguly highlighted, "Every few years, some Canadian entrepreneur hatches an idea to export bulk water to the United States or elsewhere by pipeline or tanker ship. Each effort has failed. But with bulk-water export legislation open to interpretation, and the United States getting thirstier, the next attempt could succeed. That would be economic stupidity. Best to make the jobs come to the water instead."

The Council of Canadians opposes a Canada-China Free Trade Agreement and sees it as detrimental to people and the environment in both Canada and China.