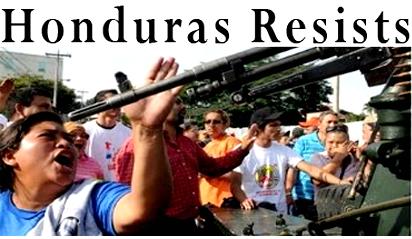 After making its way through the senate Monday evening, the Canada-Honduras free trade agreement will soon be given royal assent and brought into force — much to the disappointment of the official Opposition and some human rights groups.

In many ways, it’s a repeat of the polarizing 2010 Canada-Colombia trade deal debate — though without the obstacle of minority government.

Supporters find it frustratingly obvious that expected increases in bilateral trade and investment can only improve lives in the impoverished country; opponents, on the other hand, see a validation of the violent and undemocratic governance that’s prevailed in the country since a 2009 coup removed Hugo Chávez ally Manuel Zelaya.

Speaking to the international trade committee in early April, Honduran Nobel Peace Prize nominee Bertha Oliva said the human rights situation has gotten worse in Honduras since the coup in 2009, with journalists, activists, and political dissidents being targeted in particular.

In May, a PEN international report counted 38 journalists killed in Honduras since 2003, with only four convictions in those cases.

But the current Honduran government, elected in November 2013, paints a different picture.

As part of a Honduran delegation visiting Ottawa, Carla Cueva — vice minister for human rights under the Juan Orlando Hernández government — told iPolitics that violence in her country is a general problem.

“I believe it’s very difficult to say that the violence is focused on one specific group. Though we can’t ignore that during 2009 and what happened after, there were deaths — of journalists, of human rights defenders…the investigations have been advancing and they haven’t identified a policy directed at these groups,” she said in Spanish.

Furthermore, she argued, no one hears about the progress they’re making.

One positive development Cuevas wanted to highlight was a piece of legislation the president himself sent to the national congress, and which is making its way through the country’s legislature: the law for the protection of human rights defenders, journalists, social communicators, and justice officials.

That law, among many other changes, will create a national council with five civil society members and representatives from law and journalism schools, the Honduran press has reported.

But Cuevas also pointed to a letter President Hernández wrote to the UN High Commissioner for Human Rights, asking for the establishment of a permanent office in the country — something that could happen with the financial help of other UN members.

On the benefits of the trade agreement itself, though, it was Honduras’ chief negotiator in the talks with Canada — Melvin Redondo — making the case on Monday.

After drawing attention to the “robust” labour and environment chapters in the agreement, Redondo summarized what he felt the principal gains were for both sides.

For Canadian companies, he said, the opportunities go beyond Honduras to the Central American countries with which it operates a free trade zone: Guatemala, El Salvador, Nicaragua, and Costa Rica.

“With operations in Honduras, Canadian economic operators can benefit from the agreement and access other opportunities in Central America,” Redondo told iPolitics in Spanish.

“Honduras is the only country in Central America that is going to have a next generation trade agreement with Canada. At the moment you have an agreement with Costa Rica, but that only includes trade in goods.”

The agreement with Costa Rica was brought into force well before then, in 2002.

For the most part, Redondo said, the negotiations with Canada weren’t held up by too many sensitivities.

But Canada’s insistence on limiting refined sugar imports, he added, was the most “complicated subject”.

With their goal to join the Pacific Alliance and Trans-Pacific Partnership negotiations, however, Redondo said they’re hoping the Canada agreement can be another stepping stone.

“Honduras now has a network of agreements with the European Union, with the United States, with Canada — soon — with all of Central America, Mexico, Panama, Taiwan, Chile,” he said in Spanish.

“We’re aiming to join the Pacific Alliance framework…We’re also putting ourselves in a position to participate in the Trans-Pacific Partnership. Honduras has already sent a letter asking for inclusion in the TPP talks.”