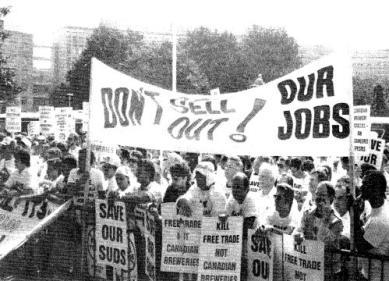 Twelve countries originally participated in the Trans-Pacific Partnership (TPP): Australia, Brunei, Canada, Chile, Japan, Malaysia, Mexico, New Zealand, Peru, Singapore, the United States, and Vietnam. These nations make up 40 percent of the global trade with a market of nearly 800 million people and a gross domestic product (GDP) of $28.5 trillion. As the TPP has been not ratified by some, and with the lack of support from the new US president, it appears the agreement has reached its demise.

With the TPP at a stumbling block, it’s not surprising that many trade experts are looking to the Regional Comprehensive Economic Partnership (RCEP) as an alternative. The RCEP is a proposed agreement with the ten member states from the Association of Southeast Asian Nations (ASEAN): Brunei, Cambodia, Indonesia, Laos, Malaysia, Myanmar, Philippines, Singapore, Thailand, and Vietnam. It also includes six “dialogue countries” – Australia, China, India, Japan, South Korea, and New Zealand – with which the ASEAN countries have existing free trade agreements. The RCEP member states account for a population of 3.4 billion people, and with a total GDP of $21.4 trillion they make up approximately 30 percent of the world’s GDP.

Seven of the twelve members of the TPP – Australia, Brunei, Japan, Malaysia, New Zealand, Singapore, and Vietnam – are also parties to the proposed RCEP agreement. Additionally, China and India are also included, making the RCEP an interesting agreement for many countries –including Canada. It was during the ASEAN Economic Ministers conference in September 2012 that the 16 RCEP parties agreed to start negotiations. To date, there have been 16 rounds of talks, with a further round scheduled in Japan in February 2017.

While Canada has not issued a policy highlighting its priorities and a clear direction on its FTA priorities, it is actively committed to negotiating trade agreements with some of the key countries in the Asia region. Canada’s interest in the RCEP remains unclear, but one thing is clear: it does want expand its FTA partners in Asia . Currently, Canada has entered into FTA negotiations with the following: the Caribbean Community (CARICOM); Guatemala, Nicaragua and El Salvador; the Dominican Republic; India; Japan; Morocco; and Singapore.

Canada is also negotiating the modernization of the Canada-Costa Rica Free Trade Agreement, and is in exploratory discussions for the following:

The appeal of the TPP, for countries like Canada and the US, included a reduction in tariffs and trade barriers, and procurement and foreign investment. Whereas, the RCEP is a far less ambitious agreement, its goal is to consolidate the FTAs between ASEAN members and its RCEP dialogue partners to ease trade procedures, increase the flow of trade and expand investment within the Asia region. As the RCEP is in its early stages of negotiations, it’s unclear if all the countries will sign onto the tariff reductions, as dialogue countries such as India will need to protect their own markets.

Now that Canada has the Comprehensive Economic Trade Agreement (CETA) with the European Union under its belt, it must focus on other markets, such as Asia, to increase its access to foreign markets.