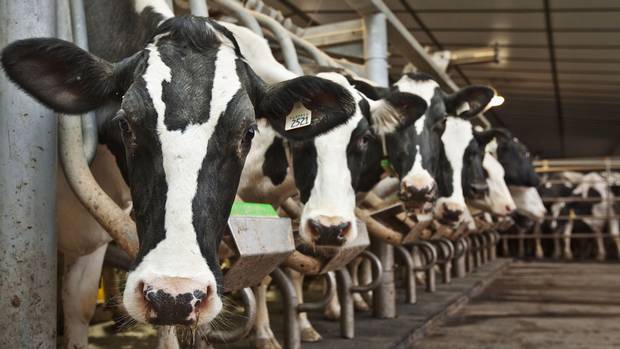 The US, Australia and New Zealand all want supply management in agriculture, notably dairy and poultry, on the table.

In a rare bipartisan moment in Washington, Republicans have introduced “fast-track” legislation to give Democratic President Barack Obama trade promotion authority to conclude a free trade agreement in the 12-nation Trans-Pacific Partnership, which includes Canada. And the Americans have made it clear they have a deal-breaker with Canada — supply management in agriculture, notably dairy and poultry.

They aren’t the only ones — Australia and New Zealand, which have successfully transitioned out of supply management, also want this on the table. As New Zealand Trade Minister Tim Groser told Reuters in Washington last week, Canada has a protected dairy industry “which looks like it belongs in the former Soviet Union.”

He’s not wrong about that.

In the past, political parties in the House of Commons have unanimously supported resolutions to protect supply management, and would so again on a moment’s notice, particularly in an election year.

Let’s come back to Obama, who is in hurry-up mode to complete the TPP before the summer, and get it through Congress in the fall. Obama is in what he has called “the fourth quarter” of his presidency and he is looking for legacy baubles on the environment (climate change), foreign affairs (openings to Cuba and Iran) and the economy (trade deals with the European Union and the TPP).

There are only 12,500 dairy farms left in Canada, but the political power of the farm lobby, the Dairy Farmers of Canada, is deeply entrenched in the culture of Ottawa.

The TPP is very divisive within his own party, with opposition led by the AFL-CIO and other trade unions, who are already on Hillary Clinton’s case about where she stands on it as the presumptive presidential nominee of the Democrats in 2016.

Environmentalists are equally opposed to it. These are core Democratic constituencies, which is why a majority of Democratic House and Senate members will oppose giving their own president fast track authority to negotiate a deal that will be voted “up or down” without amendments by Congress.

The way the White House and the Republican leaders have pulled this off is by putting the cart of conditions before the horse of a deal, front-end-loading Obama’s trade promotion authority with no less than 150 “negotiating objectives,” as the New York Times reports, on issues such as “intellectual property, labour and environmental standards, lowering of barriers to agricultural exports, rule of law and human rights.”

Those are the marching orders for the American negotiators, who’ve effectively been told not to bother coming back to Washington with anything less. Labour and environmental standards were first included in the North American Free Trade Agreement as side deals negotiated by Bill Clinton with Canada and Mexico in 1993. Intellectual property refers to the Internet and the new economy, while human rights is a newcomer to trade talks.

None of America’s 11 TPP interlocutors, including Japan, will have a problem with these U.S. “negotiating objectives.” And most of them won’t have a problem with liberalizing agricultural trade in supply management. But Canada sure will, and it doesn’t matter whether the name of the prime minister is Stephen Harper, Tom Mulcair or Justin Trudeau.

Support for supply management is a default position of Canadian trade policy. In the 1987 Canada-U.S. Free Trade Agreement, there were three notable exclusions—softwood lumber, beer and, not least, supply management in dairy and poultry. Softwood lumber was excluded because its inclusion would have been opposed by U.S. legislators from the Pacific Northwest. Beer was left out because it was then brewed by law in every province. And supply management was never even part of a serious conversation, nor was it during the NAFTA round.

In the Canada-Europe FTA, the Europeans won an increase of cheese exports from 13,000 to 30,000 tons, with the Harper government promising compensation to Canadian cheese makers. There are only 12,500 dairy farms left in Canada, but the political power of the farm lobby, the Dairy Farmers of Canada, is deeply entrenched in the culture of Ottawa.

Ted Menzies, himself an Alberta farmer and at the time minister of state for finance, was asked a few years ago how much it would take to buy the dairy farmers out. “Thirty-five billion dollars,” he replied, without so much as a moment’s hesitation.

It seems the quotas are worth more than the farms. Try $30 million per cow.

As former Liberal MP Martha Hall Findlay has written in an important paper for the Calgary School of Public Policy: “The current market value of dairy quota is about $23 billion (poultry and eggs another $7 million), whereas book value of dairy quota is estimated to be in the range of $3.6 to $4.7 billion. The actual number, the formula to address historical differences, inter-family transfers and the like would, of course, require some negotiation with the quota-holders).” Most of those dairy farmers are in Quebec and Ontario, and no political leader would even dream of messing with them in an election year, unless they wanted TV images of spilled milk at their campaign rallies.

As for the U.S. agricultural negotiator calling change to Canadian supply management a deal breaker, you have to make certain allowances for the Americans throwing their weight around, to say nothing of their hypocrisy. Try talking to them about sugar quotas. They were first passed by Congress in 1789. That is not a typo.

And yet at some point, the Canadian dairy industry might benefit from looking at the New Zealand model. Dairy products are now the country’s largest single export, with New Zealand exporting 95 per cent of its dairy production. That’s a lot of milk.

As trade policy, it makes perfect sense. But as part of a Canadian political conversation, it’s extremely complicated and delicate.

L. Ian MacDonald is editor of Policy, the bi-monthly magazine of Canadian politics and public policy. He is the author of five books. He served as chief speechwriter to Prime Minister Brian Mulroney from 1985-88, and later as head of the public affairs division of the Canadian Embassy in Washington from 1992-94.